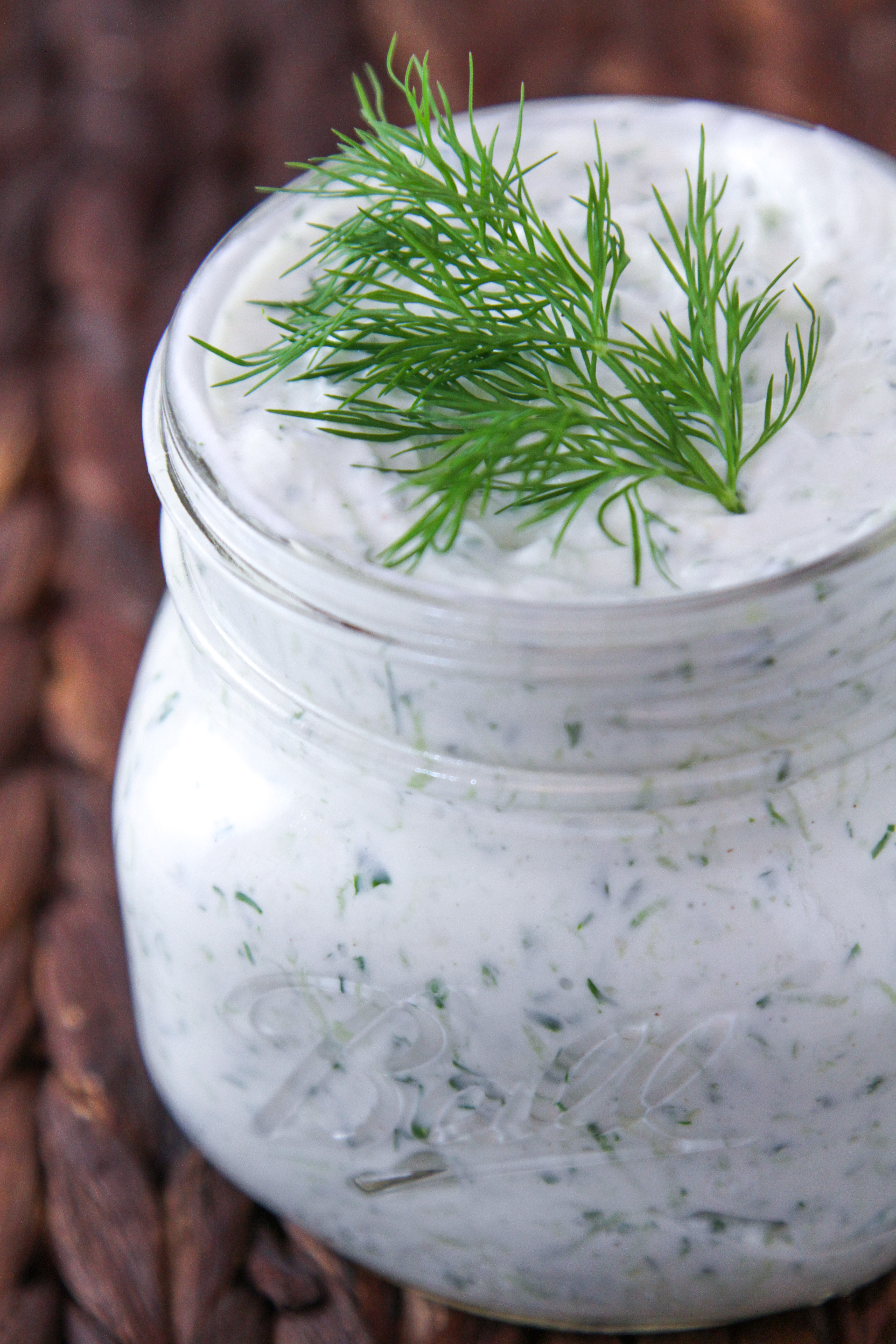 Tzatziki is, hands down, my favorite accompaniment.  I’m certain it has much to do with nostalgia – walking with my family through the Sponge Docks, eating Chicken Souvlaki, and begging for a second piece of baklava.  As a kid, my tzatziki to sandwich ratio was always out of proportion.  As an adult, not much has changed. 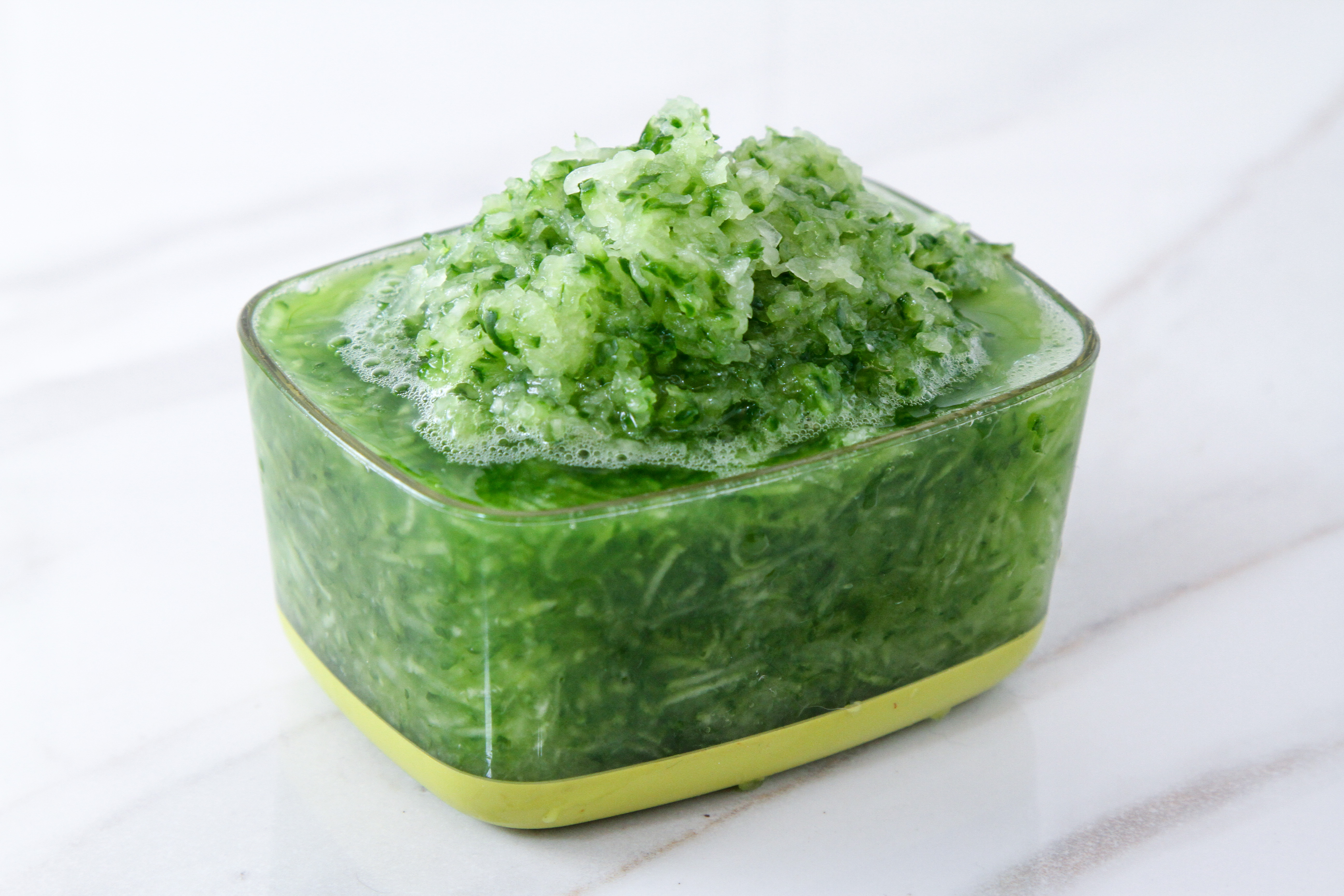 The homemade tzatziki story is the same as any other why-did-it-take-me-so-long-to-make-this story. Taking almost as little effort as hummus, it’s not complicated to make. And I even found that all of the leftover juice gave me perfect excuse to make a super summery cucumber cocktail that I can’t wait to share with you! 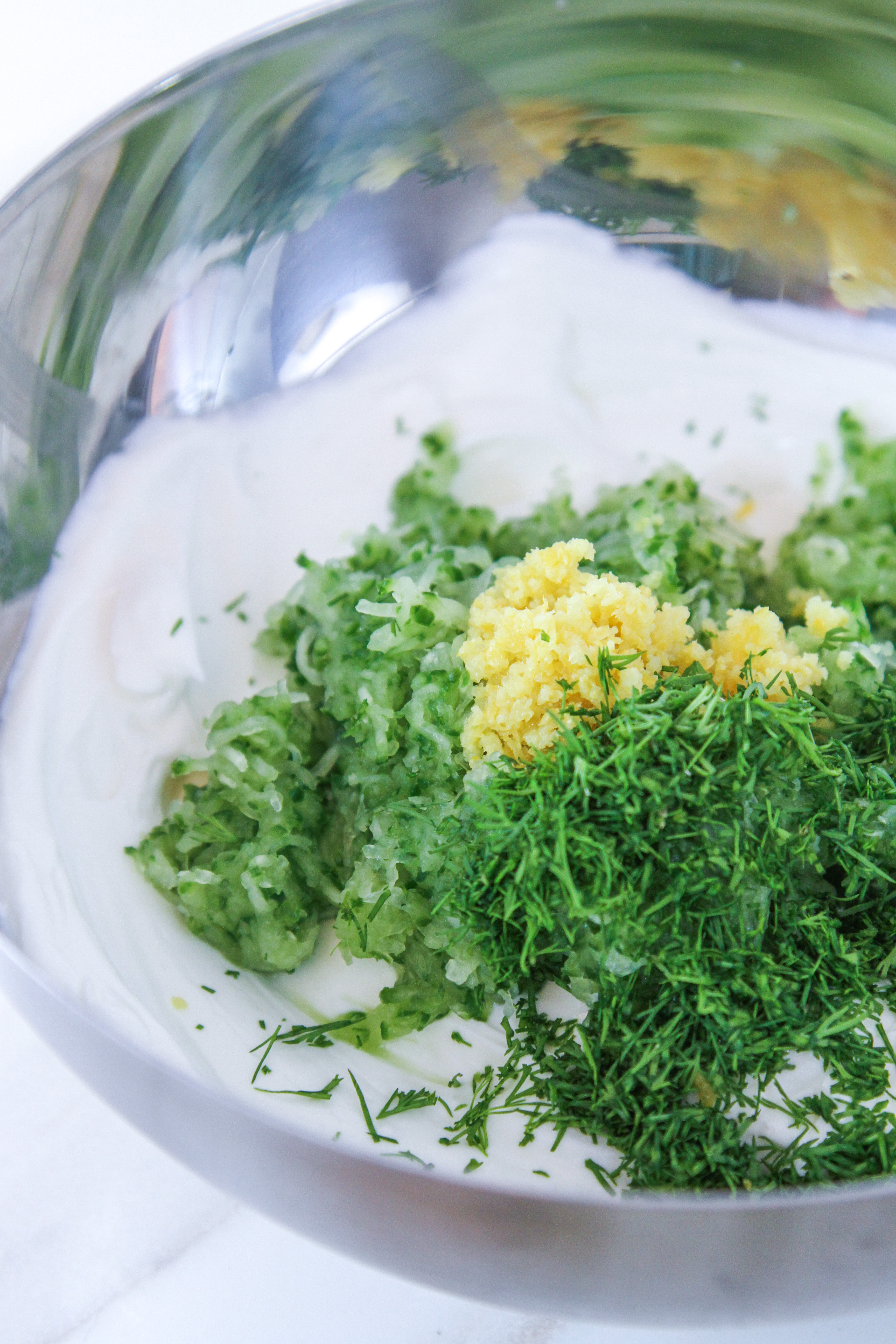 There are so many ways to use tzatziki that leftovers couldn’t possibly be a problem.  This light and fresh cucumber sauce could be used as a dip {with sliced veggies or pita chips}, in place of mayo for chicken salad, as a sandwich spread, or as a side for grilled meat and veggies.

Recipe below adapted from this recipe.

I promise I recognize the irony of admitting that I don’t fancy meat substitutes and then immediately dedicating a two week period to faux meat meals.

But I wasn’t thinking far beyond tzatziki today.

Growing up within miles of Tarpon Springs will do that to a girl (give her random Greek food cravings).  Baklava, avgolemono soup, tzatziki, souvlaki – I think about them all the time.

I modified this recipe by replacing the yogurt/sour cream with Tofutti sour cream and doubling the dill.

I shredded the cucumber rather than dicing it.  In hindsight, I should have squeezed the cucumber with a paper towel to remove excess moisture prior to mixing it with the rest of the ingredients.  It was a tad too watery.

Then what to do with the sauce?  Leftover Gardein?  I microwaved a mini, room temperature pita for 15 seconds and a Gardein patty for 30 seconds.  After cubing the Gardein, I topped it with some iceberg and COVERED with the vegan tzatziki.

I will surely be making the thicker version of this sauce often.  I loved it.  As far as the whole souvlaki shebang?  I’m Gardein-ed out.  Fear not, the faux meat meals will be winding down, effective immediately.