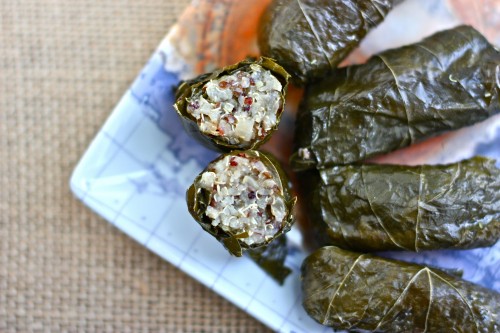 Other than the occasional quinoa with onions and green veggie side I’ve been making, I haven’t been too creative with quinoa lately.  So I decided to dig through the archives for some inspiration from FoodFash past.  And what I landed on were three recipes that I can’t wait to re-integrate into my meal rotation over the next few weeks! 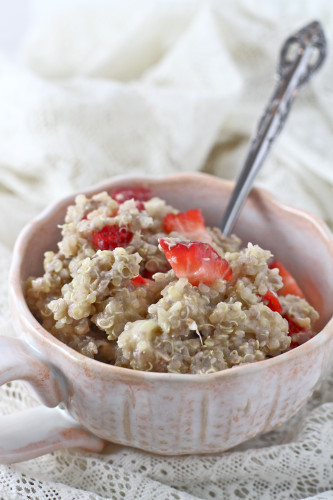 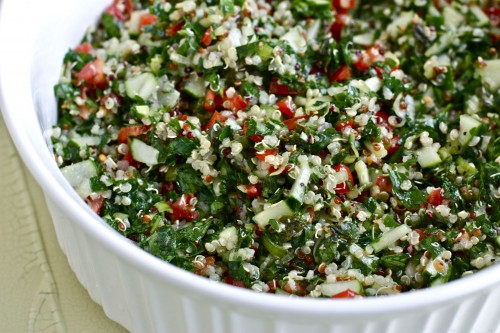 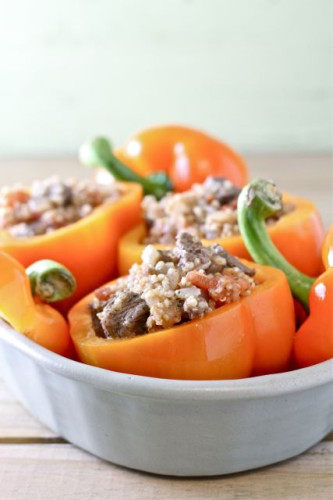 This past weekend, I spent a lot of time getting cozy with nature and this book. And even though there was a seemingly quotable line on every page, there was one quote in particular that resonated with me – “The right constraints can lead you to your very best work”. 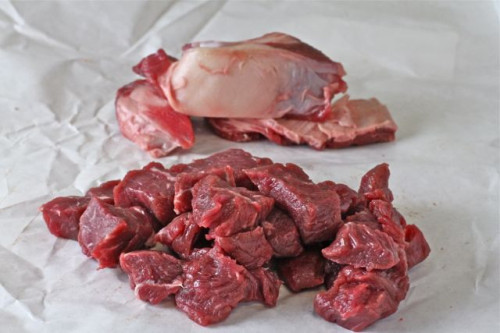 I haven’t yet addressed why the past 50 days have been filled with gluten-free and dairy-free recipes, because I had {still have} hopes that it was irrelevant.  My intention isn’t to deliver good gluten/dairy free recipes, it is to deliver delicious recipes. Period.

And to circle back around to the above referenced quote, I can’t help but believe that these constraints are creating a better FoodFash. 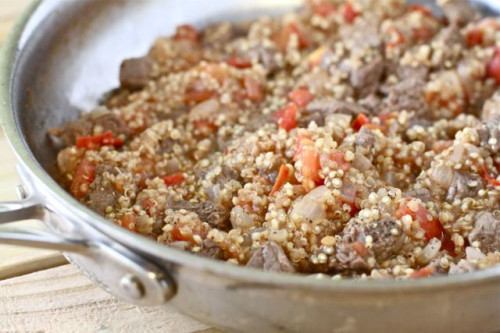 So today I bring you another delicious recipe: orange peppers {turned yellow in the oven} stuffed with cubed sirloin, quinoa, and some staple stuffed-pepper veggies. 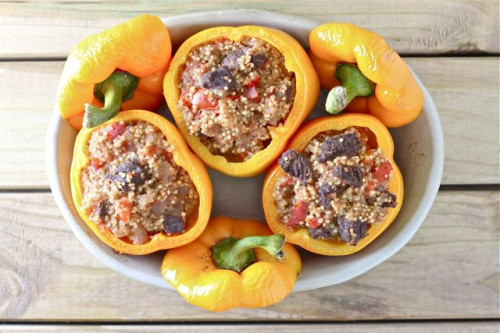 Using cubed sirloin and quinoa gave this dish texture and prevented the mush that is so commonly associated with traditional stuffed peppers.  The onions, tomatoes, and garlic provided the bulk of the flavor.  And the bell pepper, well the bell pepper provided the most photogenic bowl ever {and some additional flavor as well}.

I’ve had my eye on Terry Walters’ books for quite some time now, so I was pleased as punch when I found both Clean Start and Clean Food at Homegoods last week.

I also bought the beauty of a chopping block that’s hosting the veggies pictured below.

I literally walked between the acorn squash and buttercup squash about seven times before deciding to go with acorn.  Even though the recipe called for buttercup, the acorn was a sure shot, but it would have been nice to try the buttercup, but the acorn was such a sure shot.  See how that could be debate worthy?

As I was chopping shallots, celery, apricots, sage, and parsley, I realized I hadn’t used any of these ingredients in a while, and certainly not together.  I was excited.

So excited, in fact, that I skipped right past taking a picture of the quinoa folded into the veggies.

Soooo looks like this recipe will be the jump start to another quinoa kick.  The stuffing was so tasty!