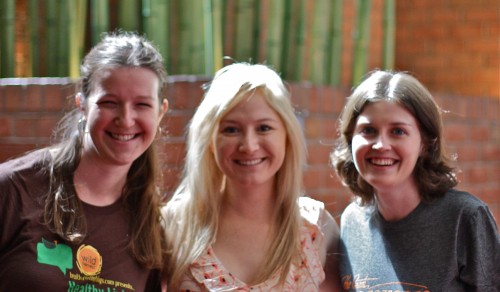 After another yum-tastic Summit breakfast, my roommate from this year and last year (Emily), my roommate from last year (Krista), Mindy, and I, all decided to head back to Boston and spend the day in the city before heading to the airport.  Somehow amazing weather swept through the city last night and was still in full effect today.  I’m telling you, it was the best walking weather we could have ever hoped for. 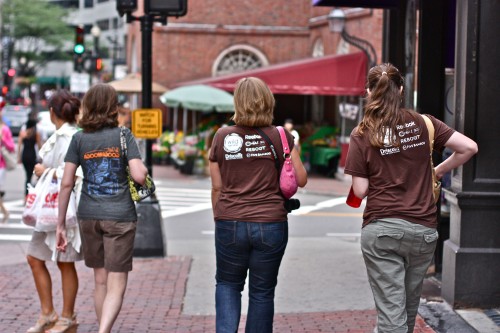 Emily went to college in Boston and still lives in Massachusetts, so we left it up to her to lead the way.  She suggested lunch at Quincy Market since we were all hungry for a solid lunch before our upcoming travel agendas.  The walk to lunch lended itself to quite the picturesque path. 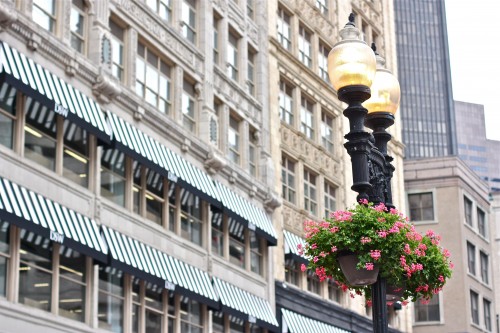 I trailed behind the group, taking in the oldness of Boston. 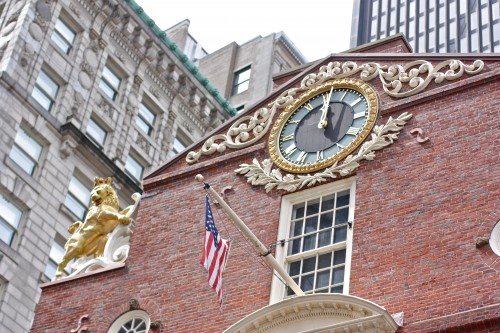 Growing up and Florida, and Texas being the only other place I have ever lived, historic downtown architecture is something that signifies vacation for me.  I totally look forward to it! 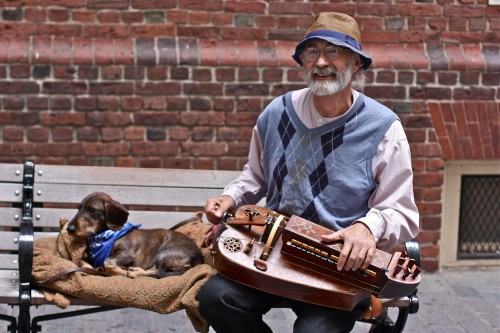 The picture of the older gentleman playing an unidentifiable instrument with his pup was my favorite of the day. 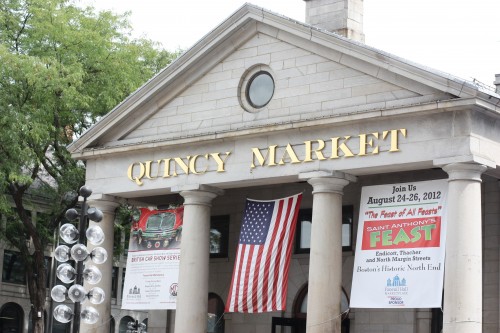 When we arrived at Quincy Market, we quickly realized it was the perfect lunch spot as we were all craving something completely different.  We parted ways to browse and made a plan to meet up on the steps so we could eat together in the sunshine. 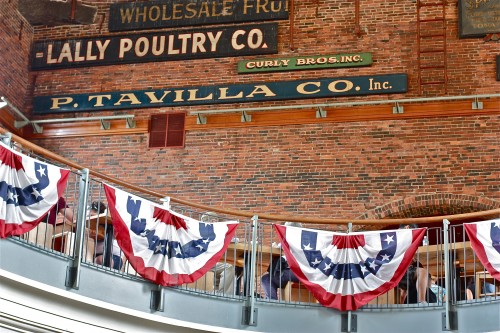 Emily had Greek, Krista had Italian, Mindy had Thai, and I… 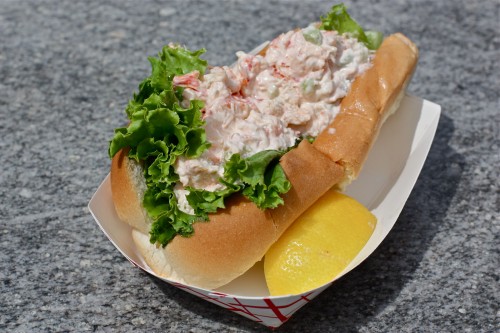 I had Boston!  There were three places in the market that served lobster rolls, so I checked each of them out and settled on the place whose roll looked the most lobster-rich.  If only this hot dog bun was a warm crusty sourdough roll, I would have been in heaven.  I ate half the sandwich as-is and picked the lobster out of the second half in order to save room for pastry. 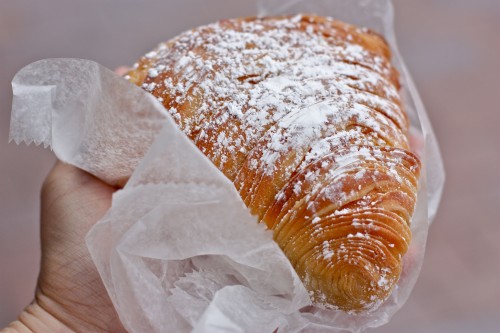 Mindy hadn’t been to the North End yet and wanted to sample Mike’s Pastry before leaving town.  After posting about Mike’s Pastry, my mom let me know that Maria’s was her favorite and suggested getting the sfogliatelli.  We went to Mike’s first so Mindy could see what all the rage was about and then headed to Maria’s to order my mom’s fav.  Mike’s definitely had a better selection, but the quaintness of Maria’s was undeniable.  We munched on our sweetness as we headed back to the hotel, gave hugs, and parted ways.
I’m so happy to report that my second Healthy Living Summit was even better than the first!  I’m going to miss everyone SOOO much but know that it will be time for HLS13 in the blink of an eye! 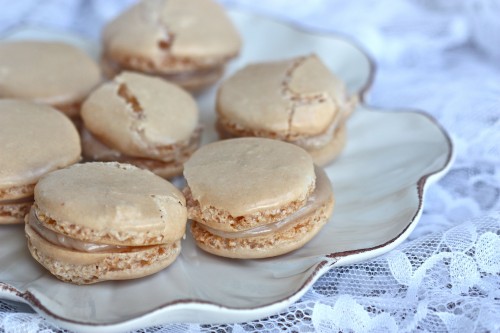 Between living in Austin and being a part of the food blogging world, a day without seeing a macaron just doesn’t happen.  And even though I think they’re completely adorable, I’m always the first to admit that I don’t love them.  In fact, I don’t love them at all. 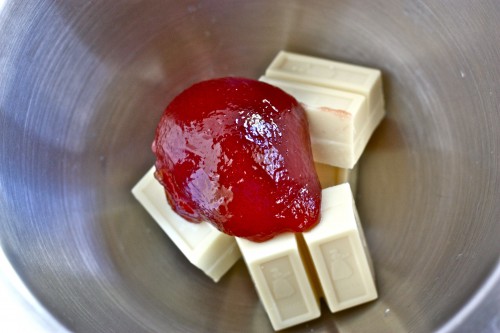 But I do love a good challenge and I’ve heard these delicate bites are among the more challenging ventures a baker could take on in their  own kitchen.  I looked up Jenna’s recipe from way back in the Project Food Blog day and decided to see how difficult a macaron could be. 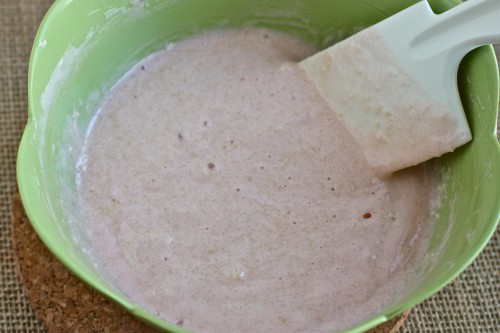 Thankfully, I read the recipe in its entirety before starting so I knew to make the ganache first in order to allow plenty of time for cooling.  Naturally, I looked in my fridge hours later and realized I had totally forgotten to add the cream.  Other than these teeny tiny mishaps and my inability to gracefully use a pastry bag, everything turned out pretty well in the end. 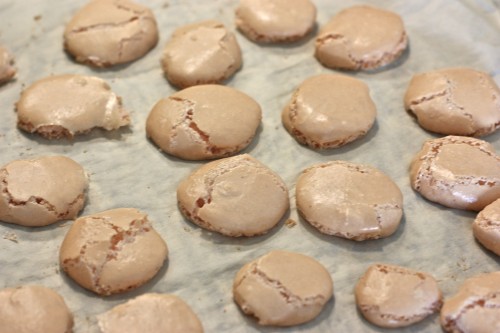 As far as aesthetics go, I could use a ton of practice with a pastry bag.  Like a whole day’s worth.  Stuff was spilling and merging together and oozing into my hands.  It was a total mess.  Such a mess that I couldn’t even begin to worry about uniformity sized pastries.  Or the cracking…  Perhaps I needed to keep a closer eye on them around the 10 minute mark.  Next time? 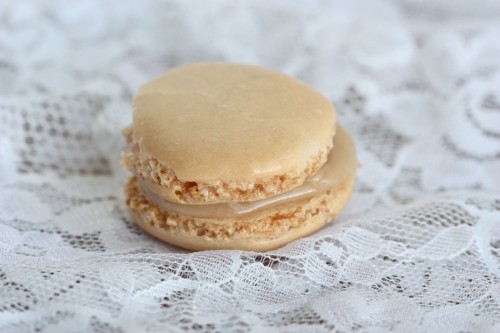 I wouldn’t have thought there would be a next time, you know, cause I’m not the biggest fan of macarons.  However, I liked the texture of the macarons that came from Jenna’s recipe wayyy better than any restaurant version I’ve had.  And since some solid QT with a pastry bag is beyond necessary, it looks like there will be plenty of next times. 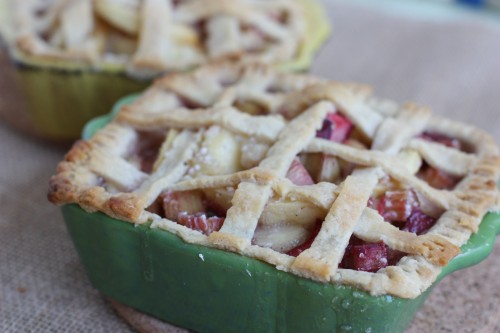 I’m not completely evil with my pies, you know.  I recognize how dangerous dropping off a boat load of sweets to a two-person household could be.  So today, I split a traditional pie recipe into two cobbler-esque dishes and caused a semi-food-coma at two separate homes.  That’s what you call spreading the love. 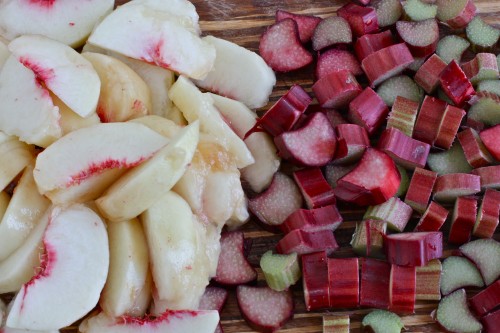 The white peach rhubarb pie that I made for my last dinner party was such a hit that I figured it was the perfect personal pie to deliver to Clay for his 30th birthday.  Then I moseyed on down Lamar to drop the second personal pie off to Matt and Max, who were busy painting an Olympic yard sign. 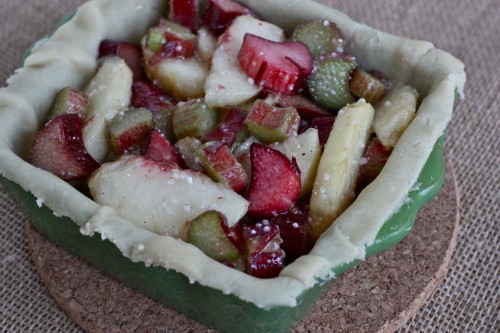 Preheat oven to 400 degrees.  Mix sugar, tapioca, salt and nutmeg in a small bowl.  Place sliced fruit in a large bowl and top with sugar mixture.  Stir until all of the fruit is coated with sugar.  Let stand for 30 minutes.  Line your pie plate(s) with one of the pastry shells, fill to the top with fruit mixture, and use the second pastry shell to prepare your lattice top.  Bake for 35-45 minutes or until lattice is golden brown. 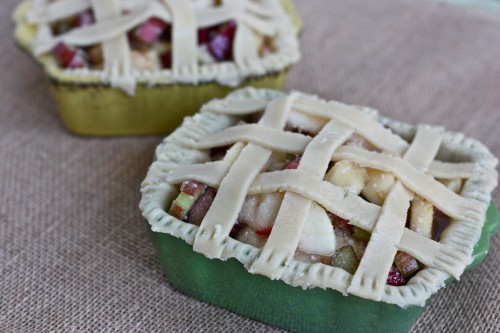 Not only am I obsessed with this pie, but I think I now have half of Austin obsessed with it as well.  I’m also digging the adorable ceramic dishes that I swooped up from Homegoods today.  Is it just me, or does fabulous presentation make a pie taste that much sweeter?