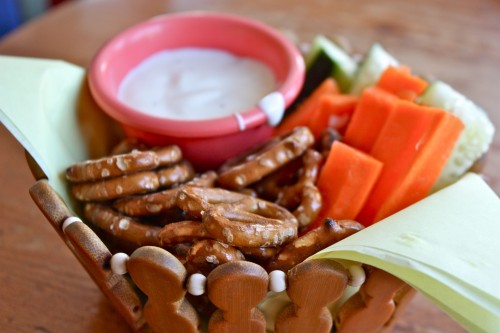 Over the years, more and more of my friends have headed West, which makes for both a fun and busy LA vacation.  I was too jet lagged for Baily‘s 90s themed birthday party on Saturday (huge bummer!), but was thrilled to find out that we’d be able to meet for an extended, chat-filled lunch before hopping on the redeye flight to Tampa. 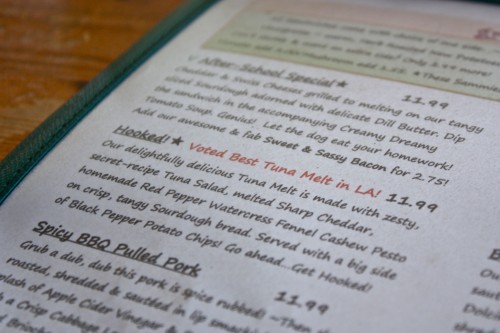 We took the advice of a friend and checked out Grub.  As soon as we walked in, we could tell it was a place you could sit and chat for hours.  The server immediately brought over a lovely little basket filled with pretzels, veggies, and dip, which was both good and bad.  Good because it was so darn cute and satisfied that raging hunger that inevitably hits me the second I step inside a restaurant.  Bad because it fulfilled the raging hunger and allowed Baily and I to do a crazy amount of catching up before even beginning to browse the menu.  Regardless, our waiter was patient with us and I was thankful for that. 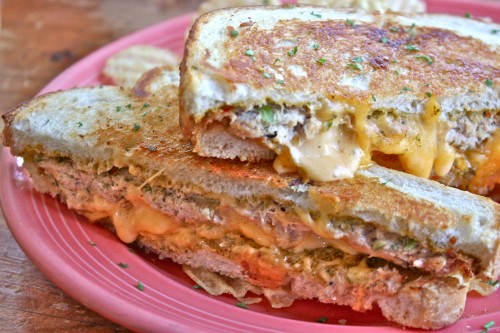 Everything on the menu appealed to me in some fashion, but the bold red letters stating “Voted Best Tuna Melt in LA!” lured me in.  The tuna melt was as good as mine and Baily went with the crab cake salad.  The tuna melt had a real tuna patty (no canned stuff here) and tasted like a super hearty, extra comforting grilled cheese sandwich.  The pesto added that touch of herby-ness that I’m always a fan of.  And it was large enough to take home leftovers that were equally as good two-ish hours later. 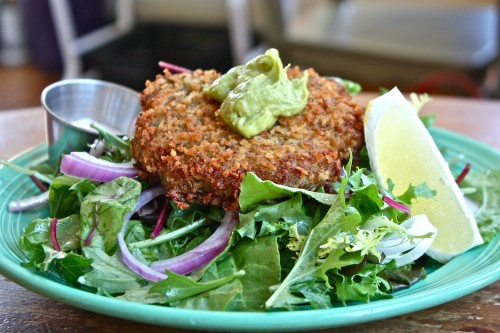 So, yum food and welcoming atmosphere were totally A+ in my book.  But what ended up being my favorite part of the Grub experience was how social the restaurant was before and after our visit.  We tweeted up a storm and they were genuinely interested in our visit and what we thought of our meals.  It was so smart on their part, so twenty twelve.  I dug it.

Til next time Grub folks!