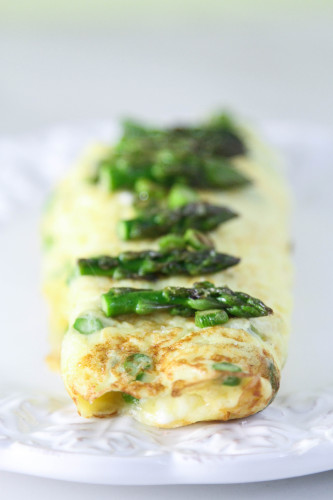 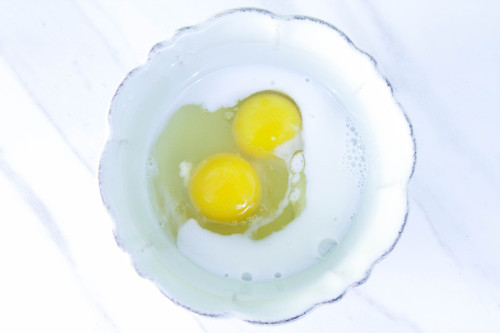 I spent a few minutes watching Jacques Pepin and Julia Child videos {seriously}.  I preferred Pepin’s style and, with his instruction, was able to execute a mighty fine first attempt at a French-ish omelette.  I say French-ish because I used asparagus and goat cheese in lieu of traditional herbs. 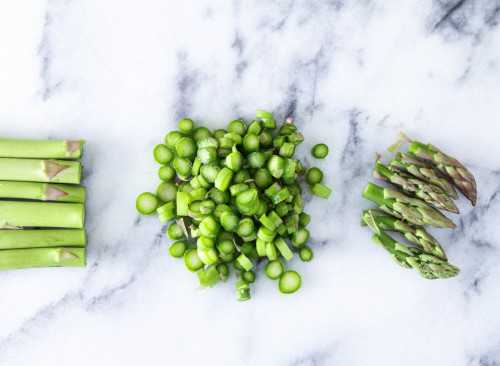 A regular {non-French} omelette, in my opinion, tends to be dense, requiring a ton of filling in order to make the egg less overwhelming. With the French omelette, that’s not the case.  This version is so light and fluffy, you barely need any additions.  Simply put, I adored this omelette and can’t wait until the weekend rolls around so I can make it again! 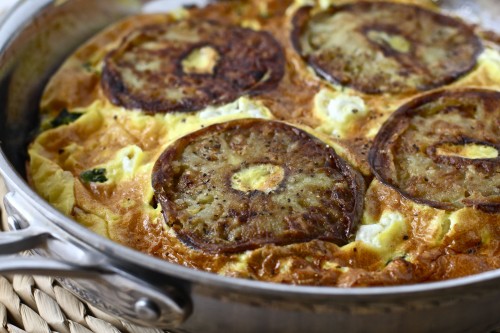 The ability to schedule a Greenling Local Box delivery for the day after you return from vacation is a good, good thing.  Not touching the veggies and hoping they’re still good a week later is a totally different story.  But finding out the veggies that you were most excited about working with, the green tomatos, were still usable a week later…  More good. 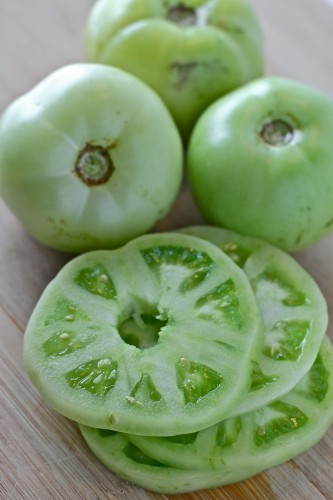 Being a tomato disliker for almost three decades, it came as no surprise when I realized I had no idea what to do with these things.  Would they even taste like red tomatoes?  No clue.  I turned to Google. 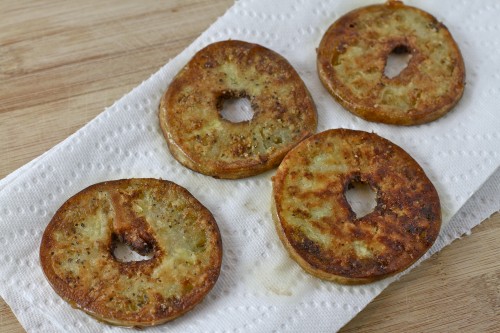 I used this NY Times recipe as my guide, using kale and goat cheese in lieu of herbs.  The green tomatoes were much more tart than I was expecting, even though the article described them as acidic.  But the surprise was welcomed when I tasted how nicely the tart matched up with the goat cheese. 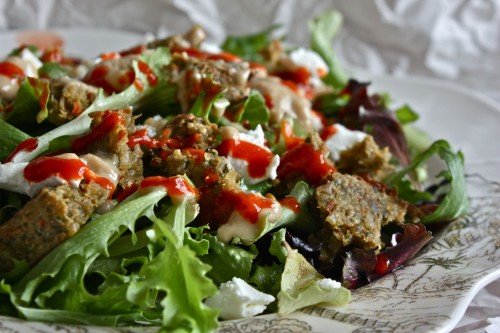 I stumbled upon this salad recipe a couple weeks ago and couldn’t wait to try it.  And considering that I use Jenna’s pizza dough recipe on the regular, I trusted that this recipe would also taste every bit as good as it looked. 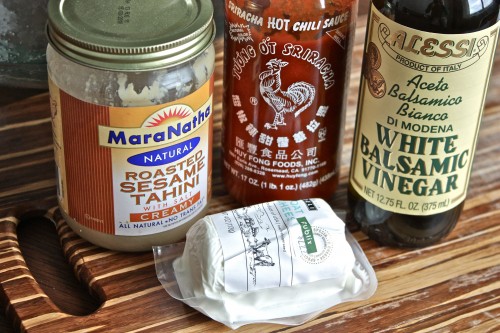 I remember tasting tahini the first time I made hummus and thinking… Ew.  But each batch of homemade hummus was accompanied by another tahini tasting, followed by an increased liking of the used-to-be-strange-to-me taste.  Now I find myself sticking my spoon in the tahini jar a little more frequently than the peanut butter jar.  Weird?  Possibly. 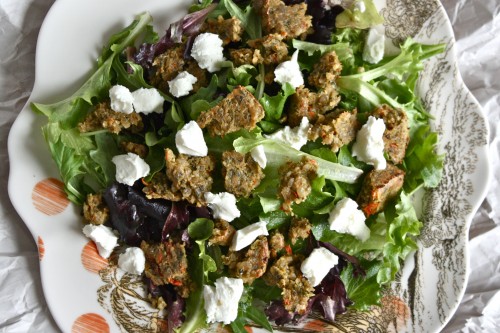 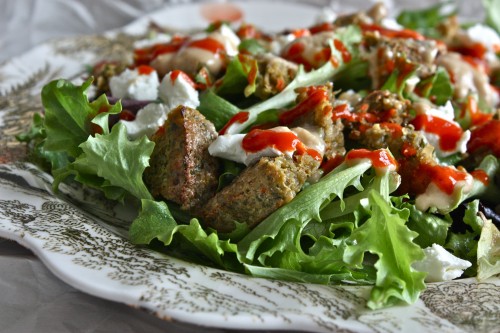 This salad was simple enough to throw together during a weekday lunch, but complex enough to leave you wanting for nothing.  I had never (knowingly) tasted white balsamic before and was so pleased with how well the vinegar flavored without overpowering the other awesomeness this plate had to offer.  I’ll be making this salad again and again and again.  That’s a promise!

Throwing a dinner party is not difficult in my friend circle.  When I tossed the Challenge #3 description to my besties, the first responses were “I’ll be there!”, “What can I bring?”, “Should we dress in theme?”.  All of the stresses expected to accompany the hostess position faded.  Why Project Food Blog challenges continue to give me school girl excitement, I don’t know, but I’m down with it.