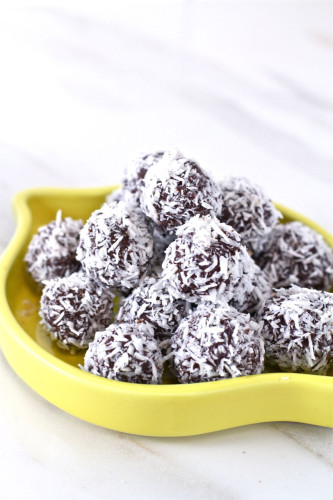 Being resourceful in the kitchen can {sometimes} get you into a bit of trouble.  Most folks that find themselves without chocolate during a massive chocolate craving just simply do without chocolate for the time being.  Me?  I whip random ingredients together until I’m either sort-of-satisfied or surprisingly super satisfied. 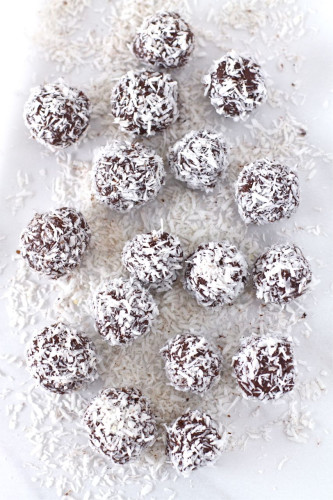 After a week of gentle tweaks, I was super satisfied.  A progression of hemp seed chocolate bars to coconut/almond chocolate bars to just coconut bars led me straight to coconut truffles.   And now I have a bundle of sweet treats waiting for me in anticipation of any chocolate craving, big or small. 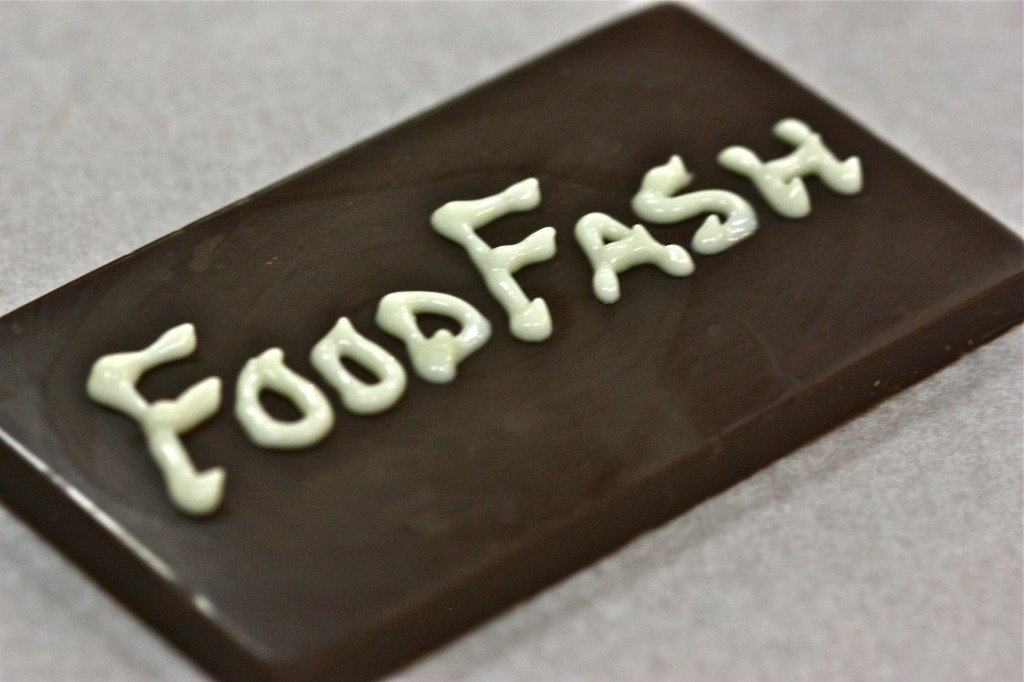 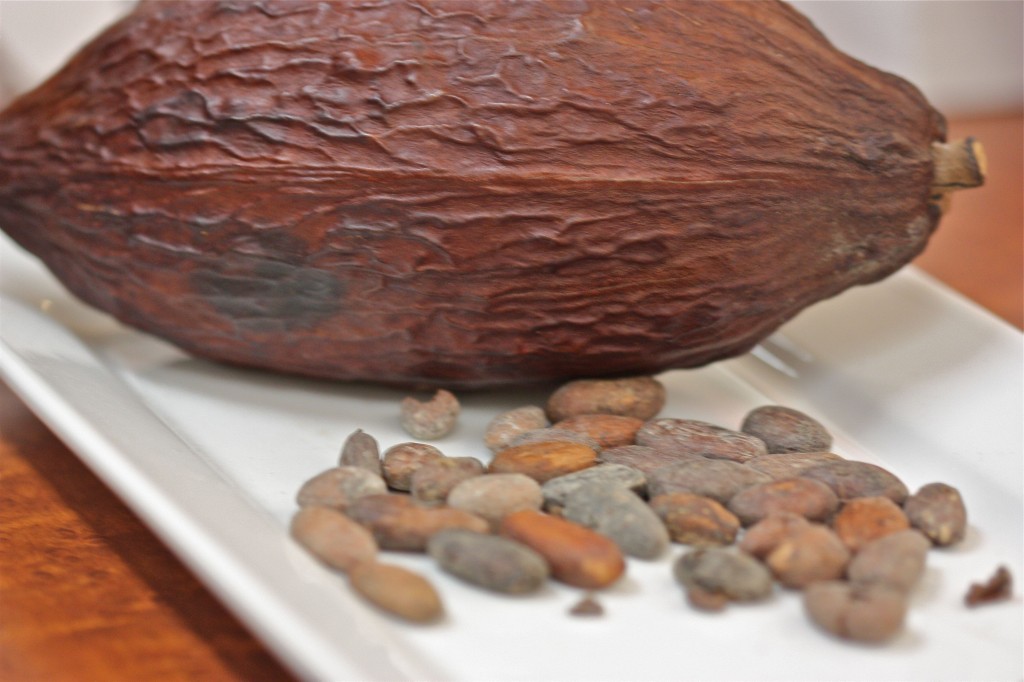 Tonight The Junior League of Tampa Cookbook Committee met at Schakolad for our first social of the year.  I prefer social gatherings that are focused around activities because it gives everyone something to talk about, even if their brains are fried from a long day at the office. 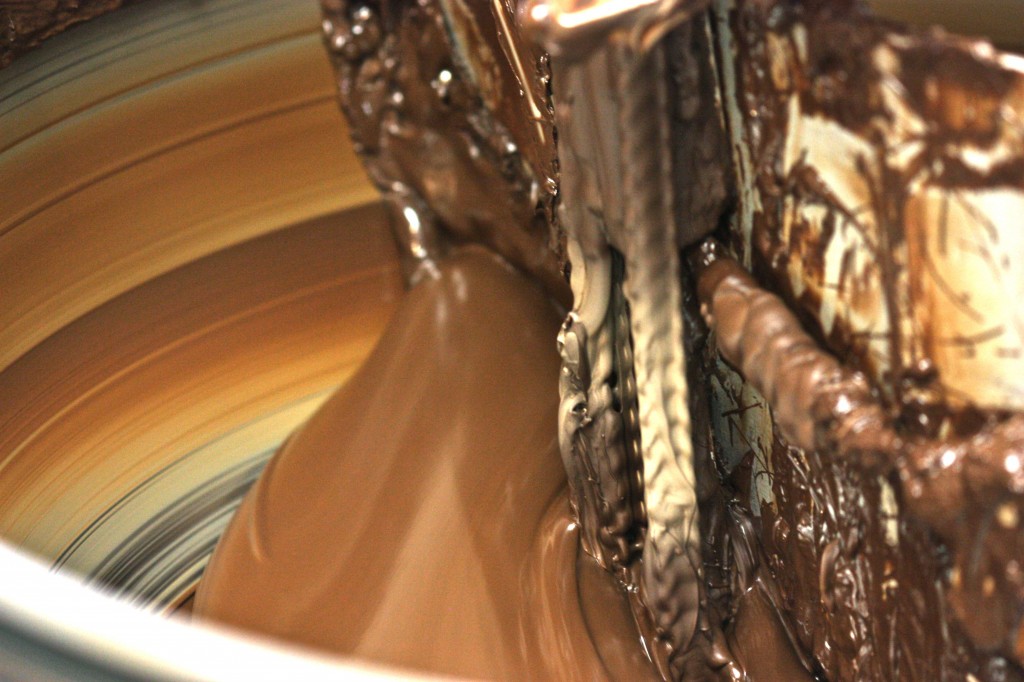 But most importantly, we sampled!  The owner kept asking “Who likes XYZ chocolate?” and I kept saying “ME!!” and heading to the front of the sample line.  The most memorable sample of the night, which also probably means it was my favorite, was the Key Lime Truffle.  This was totally unexpected because typically white chocolate isn’t my thing.

Ever since my first go around with coconut oil chocolates, I can’t stop thinking of ways to make them even more awesome.  It’s scary how easy it is to make out of this world chocolate.  Dangerously scary.

I need to schedule house guests every night this week until these bad boys are gone.  If left alone, I fear that I’ll eat them all and fall (literally), with chocolate smeared all over my hands and face, into a chocolate induced coma and onto my kitchen floor.

So friends and family, I beg you to visit me this week.  You mustn’t stay long, but you must take chocolate(s) with you!!!

Stir together cocoa powder, coconut oil, almond milk, coffee extract, and maple syrup until smooth.  You may have to use a fork to crush a few remaining globs of cocoa powder.  Stir in the add-ins (coconut, almonds, marshmallows) one at a time.  Spread the mixture on a sheet of parchment paper, fold over the sides of the parchment paper and tape shut, and stick into the refrigerator until the chocolate has hardened.  Cut the chocolate into squares and refrigerate until you’re ready to mounge.

I can tell you the first time coconut oil was a blip on my radar.  It was sample day at the Lemmon Ave Whole Foods (Dallas days) and they were handing out chocolate in the frozen food section.  I questioned the need for freeze and the high saturated fat content and they gave me the spiel about how coconut oil is composed mainly of medium chain fatty acids and how the body processes this kind of fat better than other saturated fats (long chain fatty acids).

Every now and then I would google recipes that called for coconut oil and all I can think of is that none of them wooed me enough to justify purchasing a jar.

And just as I started researching coconut oil recipes again, Kelapo contacted me and asked if I would be interested in reviewing their product.  I, of course, said yes.  I also asked if they would provide an extra jar for one lucky FoodFash reader.  And to that, they generously replied yes.

So this is where you come in!!!

Well almost.  First, I’d like to tell you about The Great Sunday Chocolate Experiment.  I’ll make it quick.  I made 4 types: Original, “Milk”, Maple, and Coffee.  They were all fairly similar, as I had no idea what I was doing, but they ended up tasting slightly different and uniquely delicious.

It was super easy.  I stirred all of the ingredients together, let harden in the freezer for a few minutes, cut/formed them into little triangles, and then put them back in the freezer.

None of the ingredients were exceptionally fancy, but the use of the Kelapo coconut oil turned ordinary cocoa into fancy, fancy.  You know that specialty chocolate you splurge on every once in a while?  The kind where you take a bite and your eyes automatically shut because the chocolate is flat out dreamy?

Well, I made shut your eyes, dreamy chocolate tonight and you can too!

The contest will run between now and 8PM EST on May 9th (MY BIRTHDAY!!!) Please leave a separate comment for each entry as each individual comment represents a number and a random number generator will be used to select the winner.

The winner will be announced on Tuesday, May 10th.

Best of luck to you all!