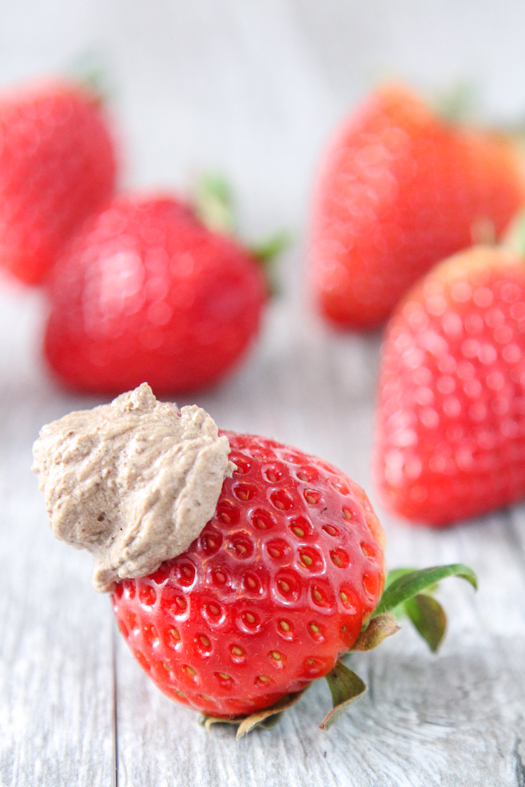 At any given time, I have about four cans of Trader Joe’s coconut cream in my fridge.  It is my go-to dessert in a crisis. You know, the kind of crisis when you’re on a health kick, craving something sweet, and there isn’t a sweet thing to be found in your kitchen?  Coconut cream makes the struggle less real. 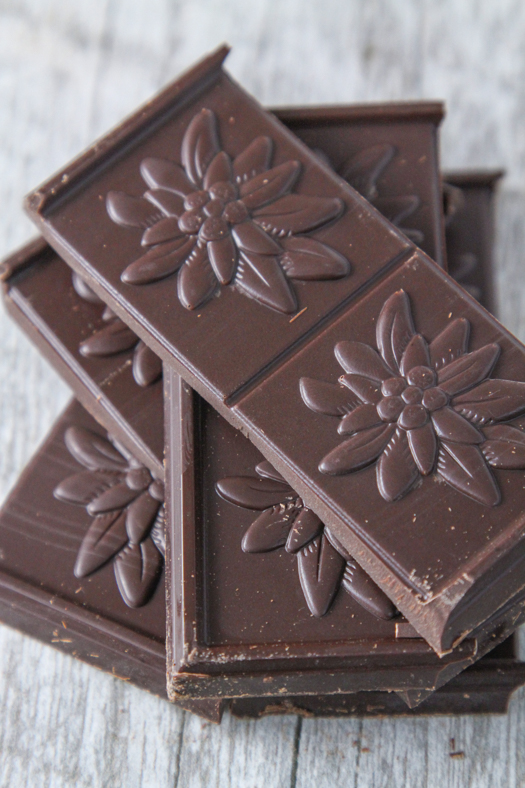 When cold and whipped, coconut cream takes on almost the exact consistency of whipped cream, making it perfect for topping fruit.  Remember those piña colada skewers I made a while back?  So. Good. 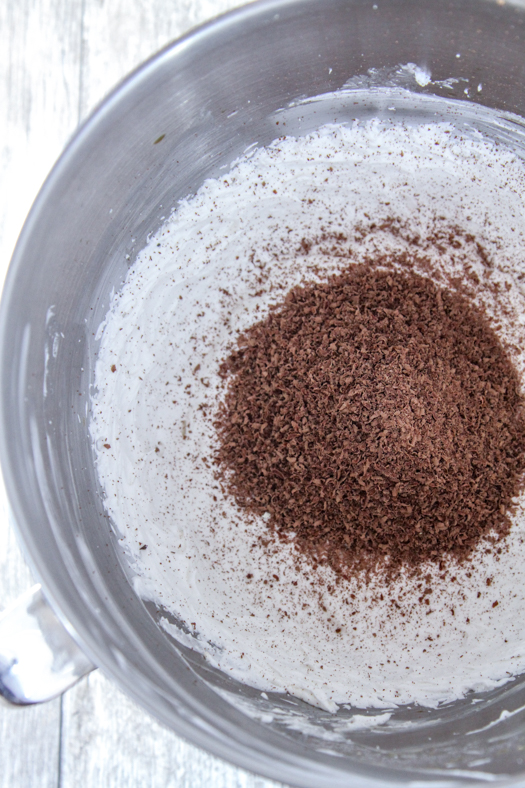 Made with finely grated dark chocolate and cocoa powder, the chocolate version of this whipped coconut cream recipe is a delicious dessert addition to any menu. 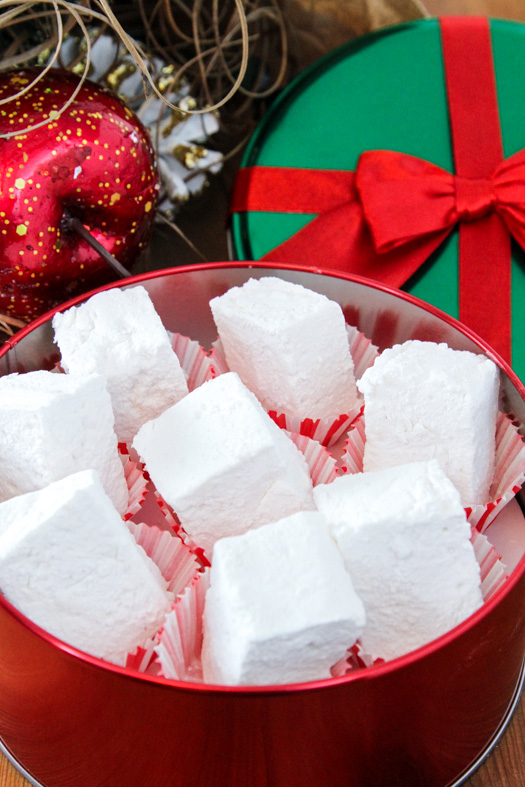 It’s a fact, the holiday season turns my little sweet tooth into something major.  The sugary treats that I’ve thought about making all year come to fruition.  And my ordinarily blackest black coffee welcomes a little flavor, especially in the form of a homemade marshmallow. 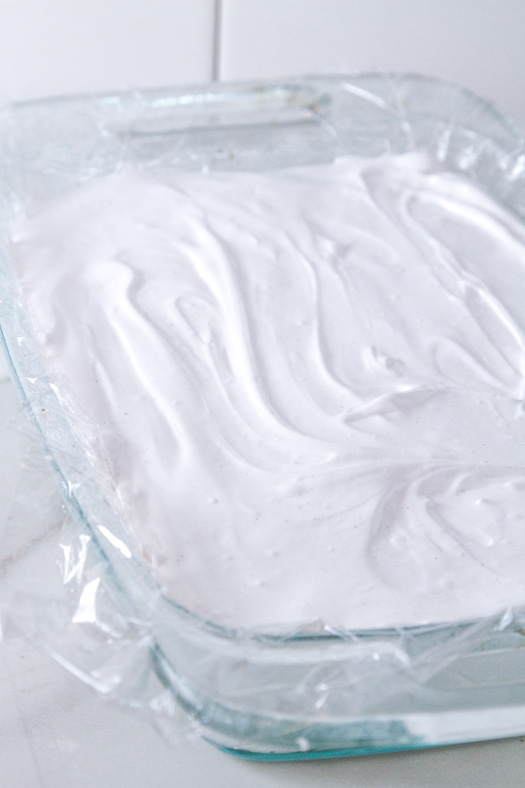 Homemade marshmallows are super duper easy and are a perfectly sweet canvas for holiday flavors. And since I’ve been incorporating Chinese five spice into everything these days, spiced marshmallows for Christmas coffee seemed like the way to go. 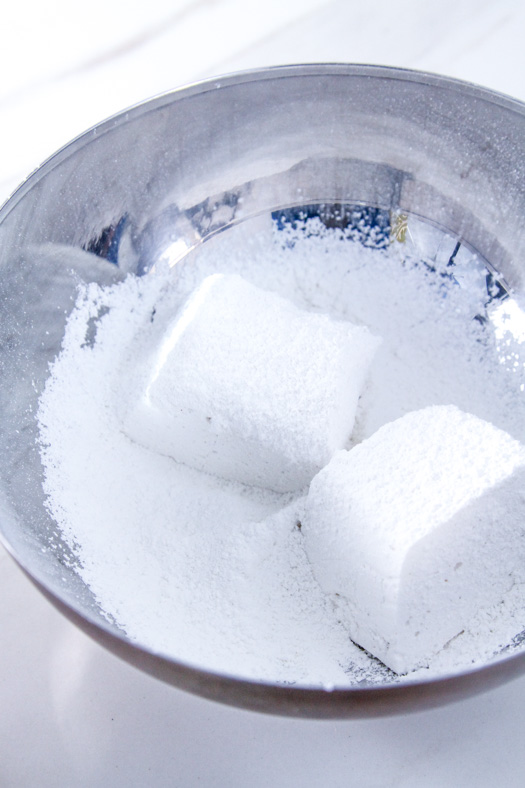 Recipe below adapted from Martha Stewart. 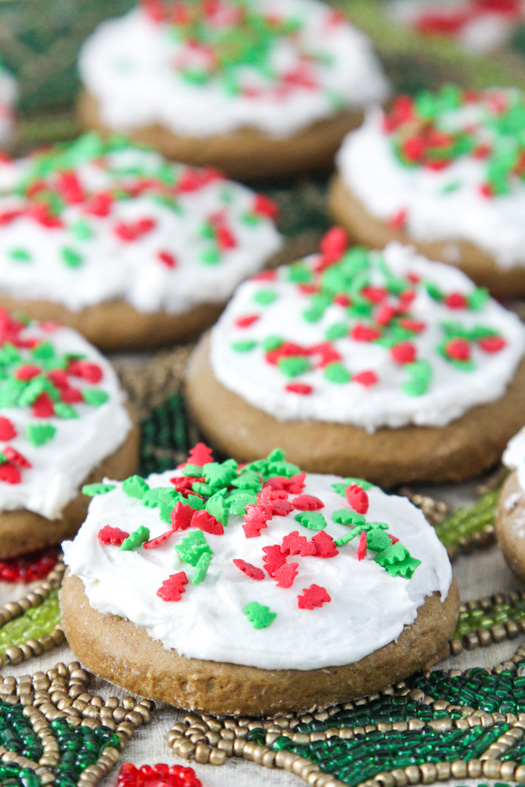 Cookies are not my weak spot.  A brownie sundae?   You bet ya!  But cookies have never really been my thing. Unless.. it’s a container of those fluffy, cakey cookies with a perfect circle of frosting with sprinkles that can typically be found in the bakery.  That kind of cookie can be my thing. 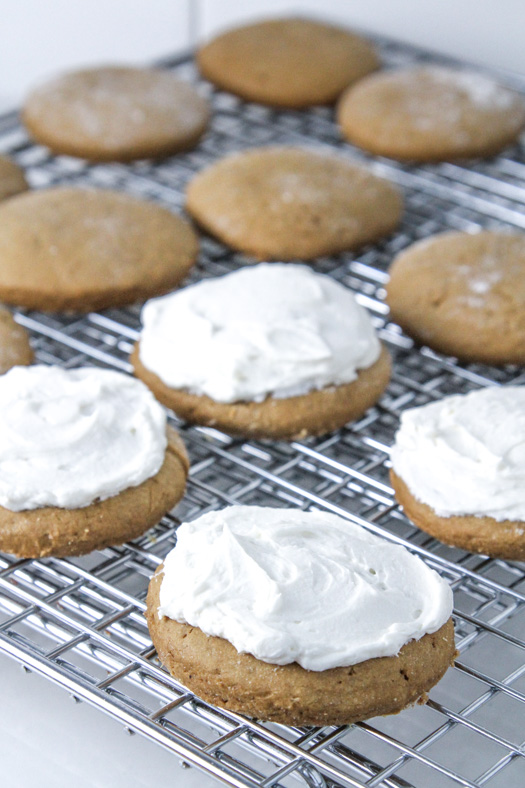 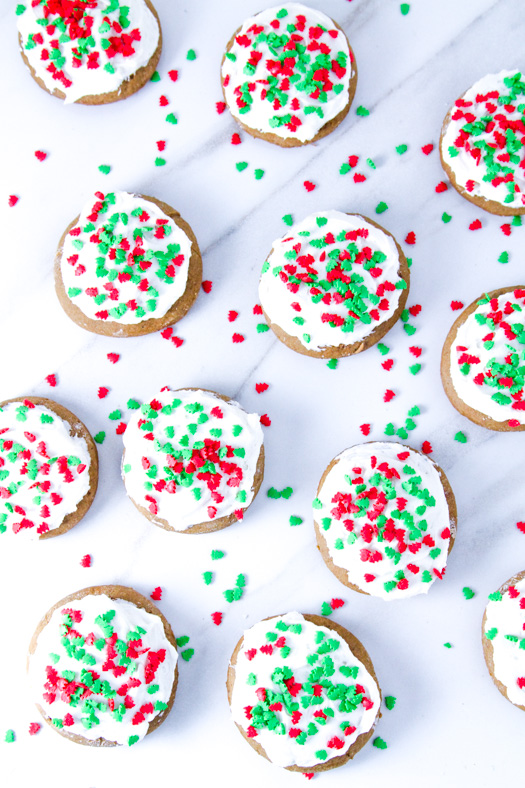 I quickly made this recipe my own and modified to be gingerbread-esque, using brown sugar, molasses, freshly grated ginger, and Chinese five spice {my holiday fav}.  And now I can’t stop, won’t stop, taking a cookie with me every time I leave the kitchen! 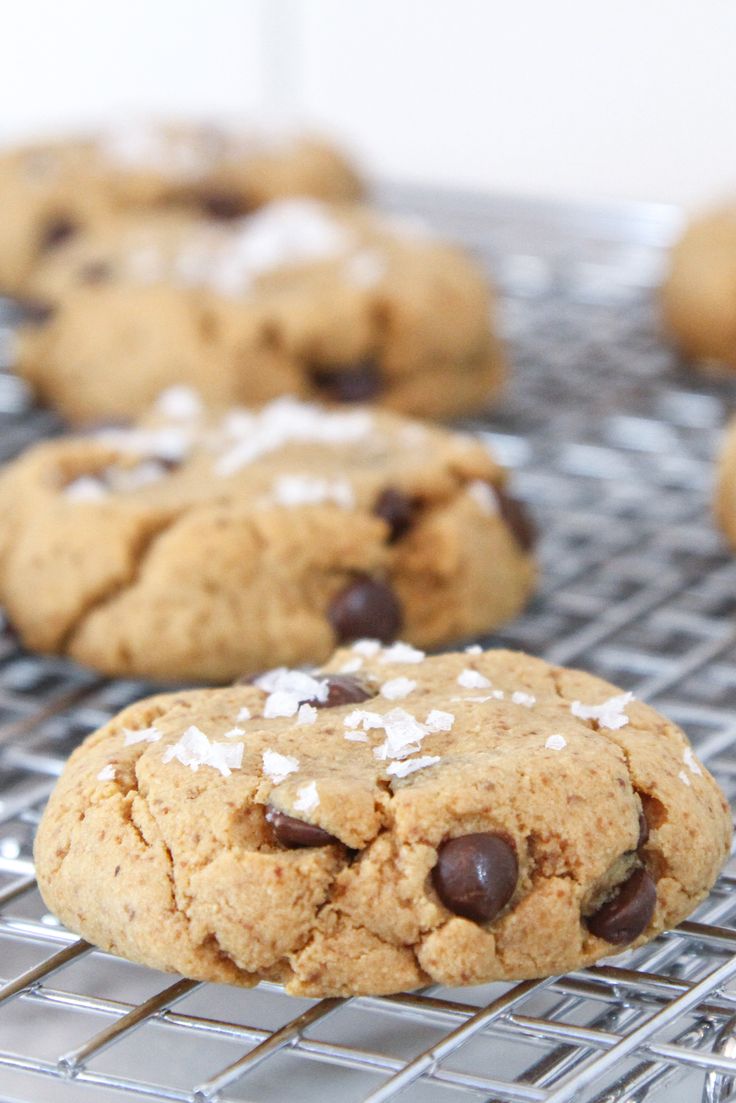 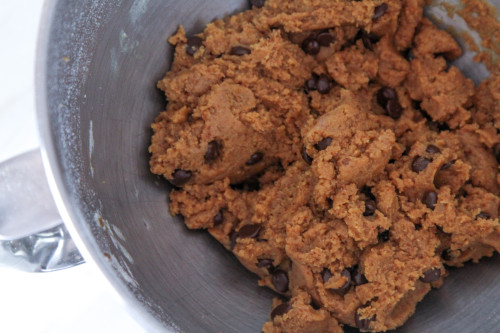 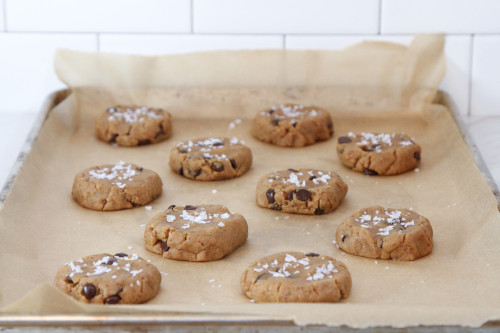