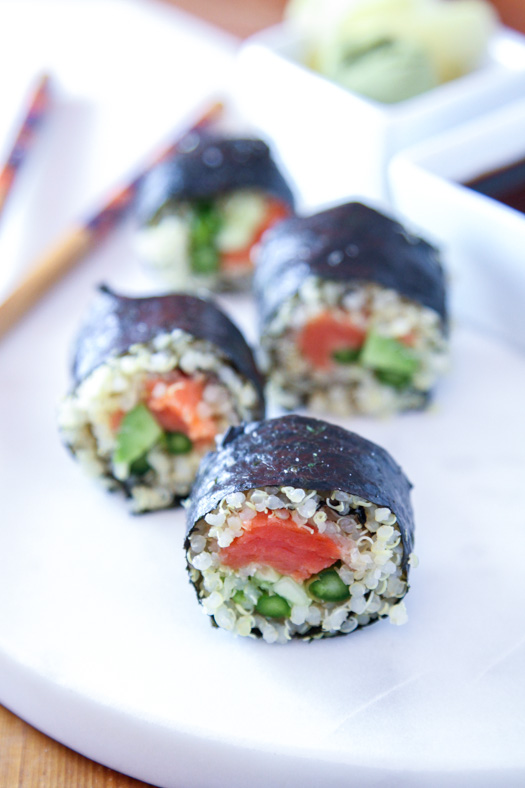 Quinoa sushi, it’s sacrilege to the sushi world I’m just sure of it.  But I can’t help myself.  Replacing rice with quinoa is a thing that I do when I can.  And today seemed like as good of a day as any to dust off the sushi mat

{an overly ignored kitchen gadget} and give the quinoa version a try. 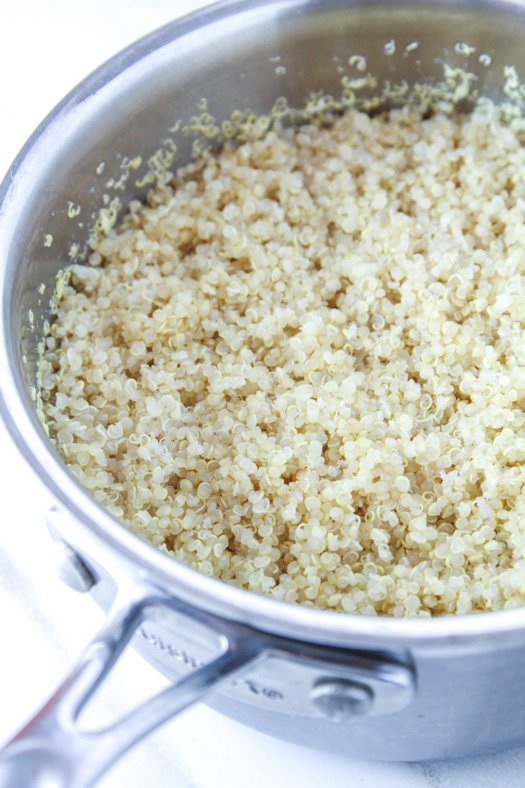 I say overly ignored because making sushi is too easy and too fun to be made as infrequently as it’s made in my kitchen.  Cooking a pot of quinoa, prepping minimal veggies, and rolling a meal together shouldn’t be so daunting. 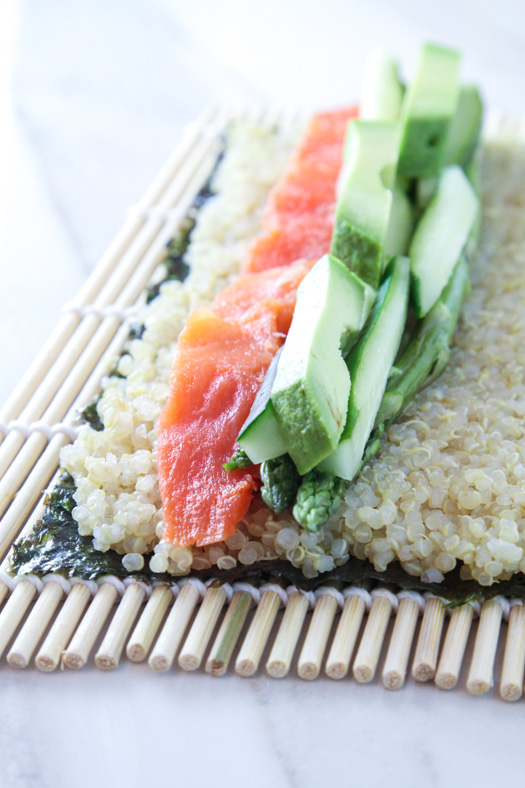 I used all of my favorite sushi veggies: asparagus, avocado, and cucumbers.  And because I didn’t want to mess with raw fish, I stuck with smoked salmon.  To top it off, I served with tamari

Pro tip: ask the sushi counter at your local grocery store for some wasabi and ginger to-go {it’s free!}. 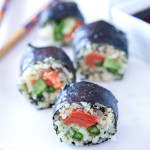 Quinoa sushi, it's sacrilege to the sushi world I'm just sure of it.  But I can't help myself.  Replacing rice with quinoa is a …