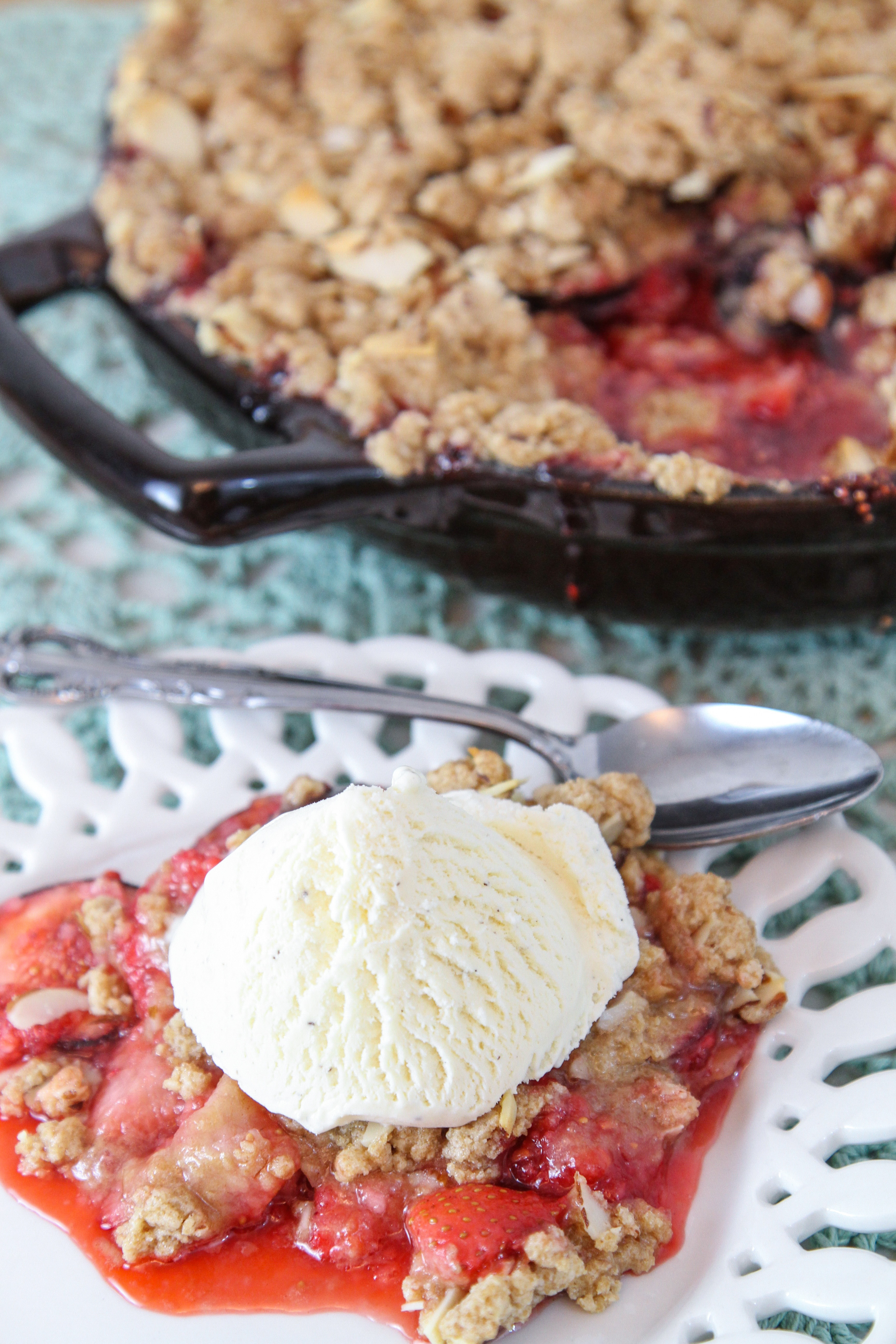 One of the major downsides of traditional cast iron pans {other than, but related to, how difficult they are to clean} is how you have to commit to savory cooking.  I’m never able to get them clean enough after searing steaks, cooking bacon, or grilling veggies to use them for sweets.  For this reason alone, I’ve never experimented with skillet desserts. 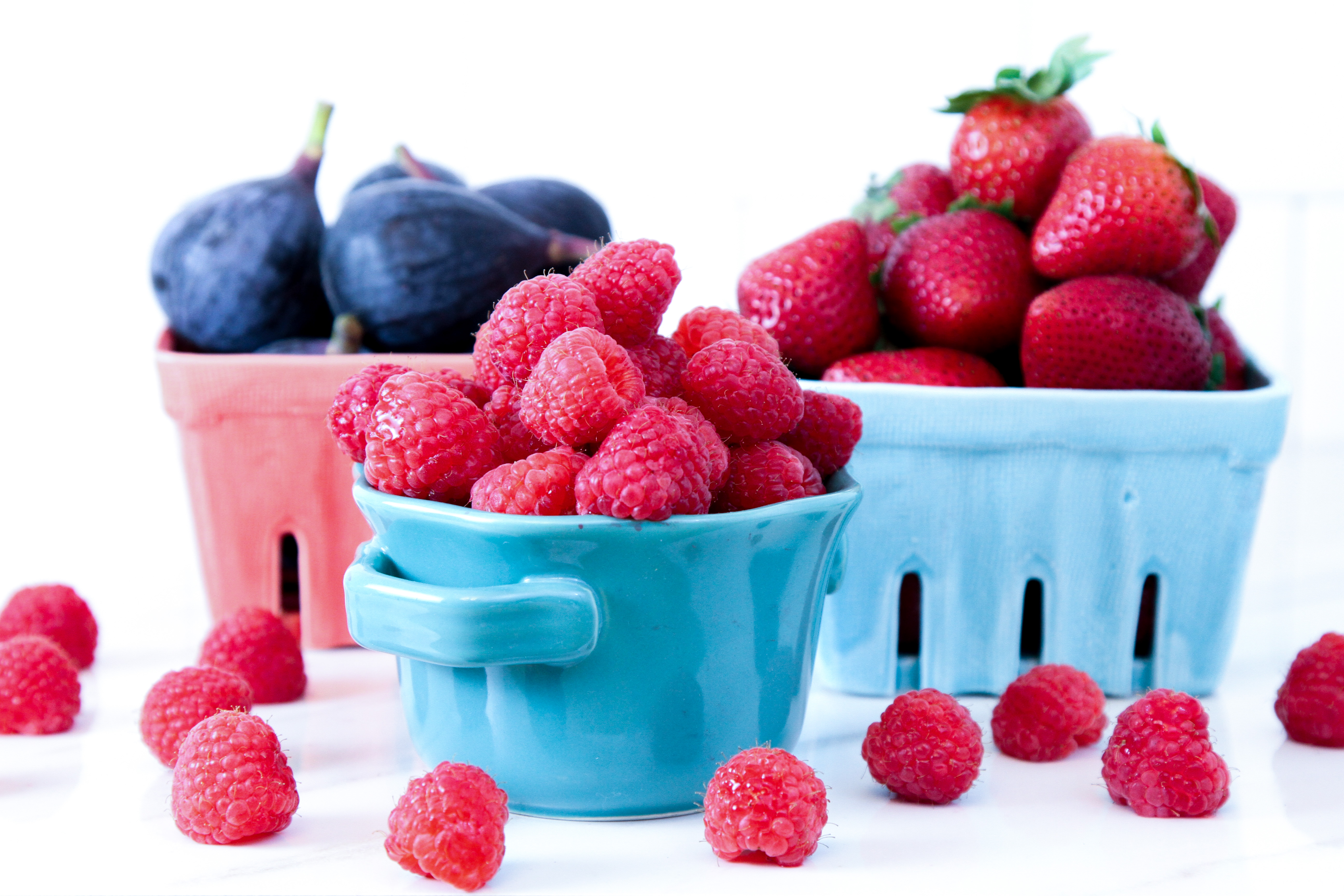 When I received the enameled cast iron pan pictured below, I immediately thought of how perfectly over-medium eggs would cook in this non-stick, high-heat resistant pan. And after I scooped out my eggs {and a few turkey sausage links}, the pan cleaned up so easily that a skillet dessert seemed like the next logical use. 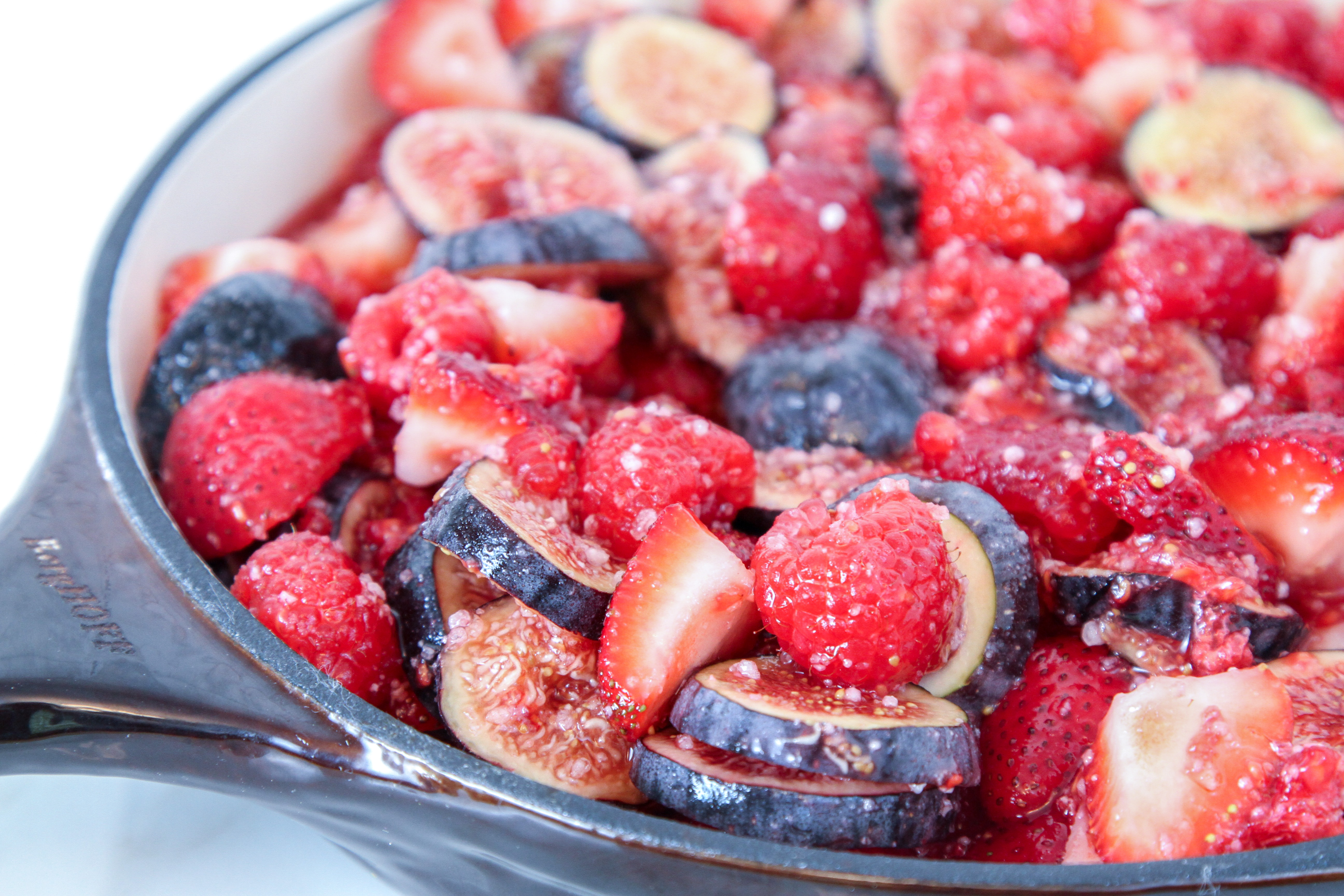 A skillet dessert with strawberries, raspberries, and figs topped with a brown sugar and almond crumble came to mind.  And even though I couldn’t wait the 30 or so minutes to let it cool before digging in and taking pictures, it turned out better than I could have ever imaged.  Topped with vanilla bean ice cream, I’d take this crumble over pie any day!

If you’re interested in winning an enameled cast iron pan of your own, the giveaway for this pan is open for another two days! 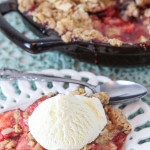 One of the major downsides of traditional cast iron pans {other than, but related to, how difficult they are to clean} is how you …