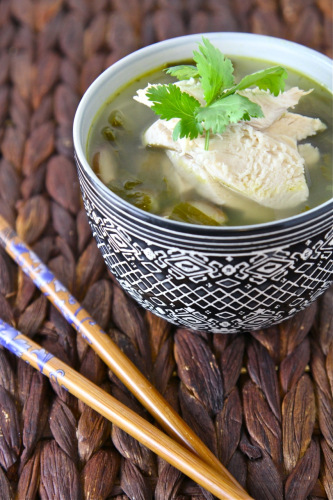 After a weekend filled with the cloudiest, coldest weather Austin has seen in months, I couldn’t stop thinking about soup.  And not just any soup, but a soup I consider making often {but haven’t} since its conception in July of 2012.  How can time be passing so quickly?? 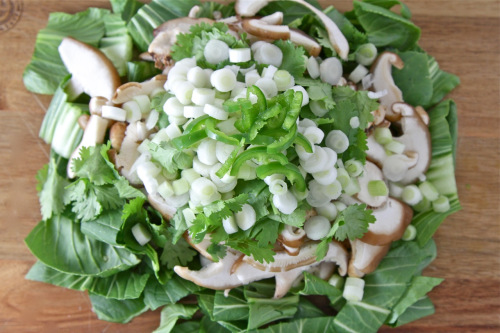 Since creating this recipe, a couple things of changed.  For one, I’m eating a heck of a lot more meat {so I added chicken}!  I’d blame that on living in Texas if I hadn’t spent most of my Dallas year as a vegetarian.  And second, the FoodFash kitch has become way gluten-free.  I must say that I prefer this soup with udon noodles, but if you’re cooking without gluten, then this rice spaghetti is a more-than-fine substitute. 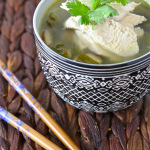 After a weekend filled with the cloudiest, coldest weather Austin has seen in months, I couldn't stop thinking about soup.  And …