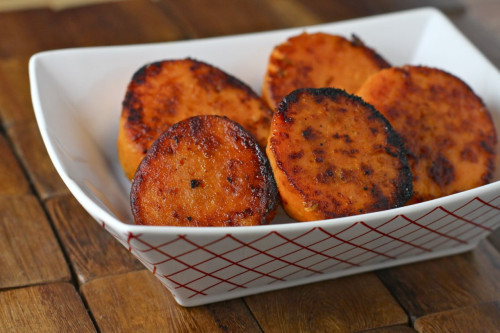 After eating the same-ish lunch as much as possible over the past month, I decided to experiment with sweet potato coins at home.  Directionless, I peeled and sliced one large sweet potato and threw into a pot of salted, boiling water for 20 minutes. 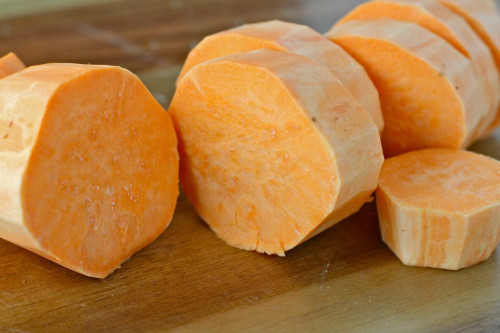 While the potatoes were boiling, I mashed two tablespoons of coconut oil into one tablespoon of maple syrup with a fork.

I heated an enameled cast iron pan over medium-high heat.  After then, after draining the potatoes, I coated each side of a coin with the oil/maple mix and sprinkle of salt and set them gently in the heated pan.  It only took a few minutes on each side to to get nice and brown before they needed to be flipped. 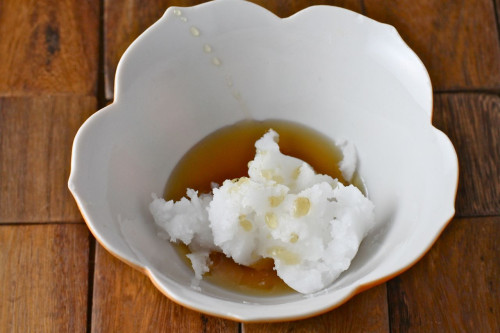 As I placed the seared coins on a serving plate and sampled a piece, I knew I’d make these again, for company.