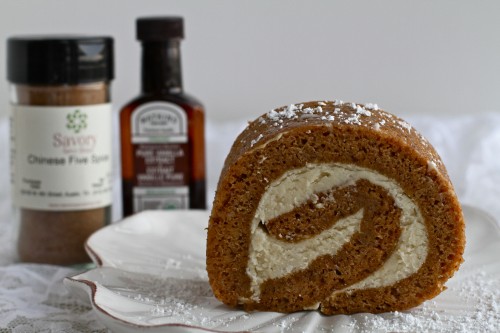 I talk about baking a lot, a lot.  Probably too much among friends, most definitely too much at work.  But baking every day, and seeing my coworkers five-sevenths of the days, makes baking conversations at work inevitable.  And after five-sevenths of nine months (that’s how long I’ve been in Austin) of talking to my boss about baked goods, he finally asked me to bake him something.  Sort of. 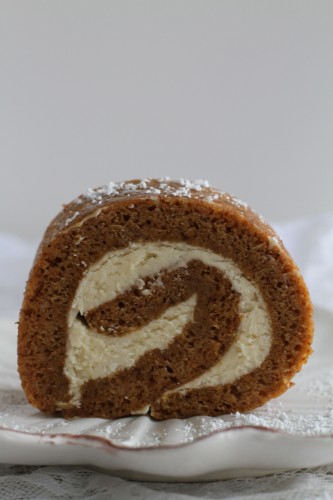 Last week as I plopped down at my desk with a tumbler full of the darkest, blackest coffee ever, I noticed an envelope on my typically paperless desk.  Confused, I opened the envelope and read the nicest, most sincere work-related thank you card I had ever received.  It’s the thank you’s that are unprompted by a favor completed or a deadline met that mean the most, which is why this particular note meant a ton to me. 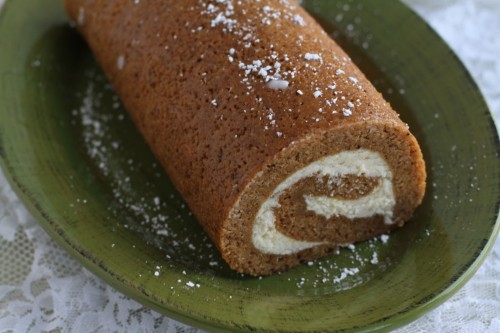 Beneath the note was a Cook’s Illustrated magazine.  “Carter, did you only give me this note and magazine because you want me to bake something?”, I asked.  Knowing I like to give people a hard time, he jokingly responded that the pumpkin cake on the cover would be nice. 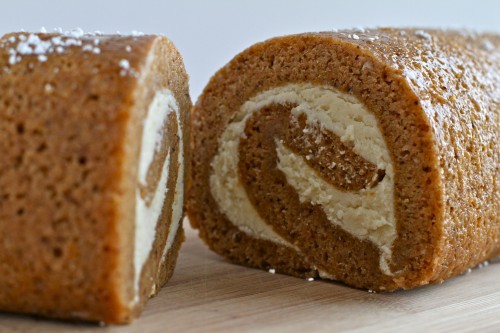 This cake should have been, would have been, a surprise had I been able to keep this present a secret.  But the morning after I bought all of the ingredients I couldn’t help myself and blurted out that the cake was on its way.  Still I think this cake will be a surprise as it is so, so beautiful.  And judging from all of the batter I consumed tonight, this pumpkin roll cake will surely be equally as delicious!