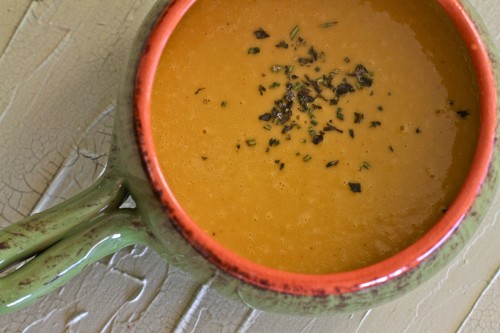 After an Austin City Limits weekend filled with lots of music, lots of walking, and lots of rain, I had little energy to recipe create. I turned to my cooking queue on Pinterest and quickly remembered that I wanted to try Jenna’s Roasted Root Vegetable Soup as soon as life slowed down. 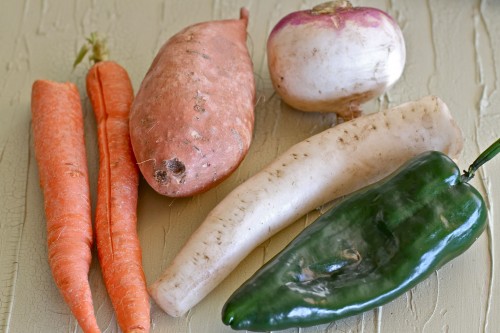 What better way to fill your body with the good stuff and soothe a sore throat in the making than to make a veggie-filled soup. I couldn’t think of one. I made my list, forced myself to head to the market, and got to peelin’ and choppin’. 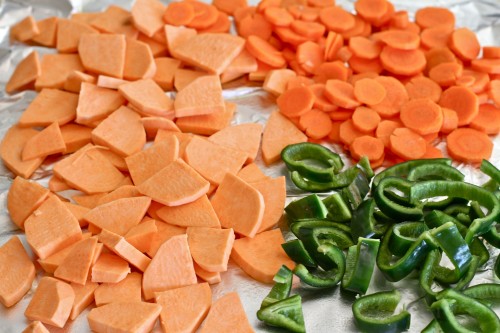 This was my first time blog baking with a roommate, and let me tell ya, it’s a nice change to chat while chopping. And it was awfully fun to have a taste tester and company while I cleaned up too. I have a feeling Kara won’t mind being my company taste tester over the next year… 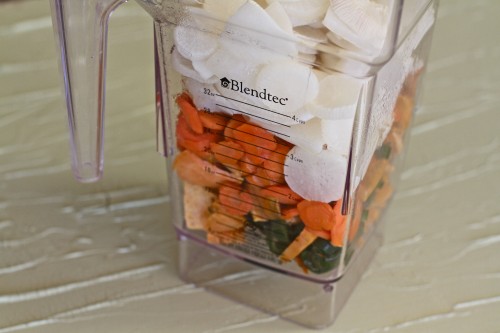 As far as the soup goes, it was exactly what I needed. I made a few minor modifications, but only because I had chicken broth on hand from freshly boiled chicken and felt like using an entire can of coconut milk rather than tossing out the balance. The soup had a smooth flavor, a flavor even a veggie-hater would love, and a gentle kick from the poblanos. I will definitely use the base of this soup as a guide for any veggie bisques in my future.