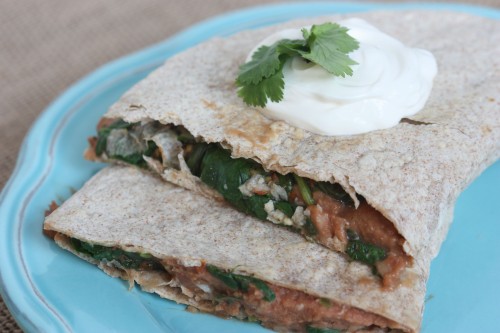 Bean quesadillas of sort have been a staple in my life for as long as I can remember.  It’s one of the few things my mom would make when I was younger that didn’t cause a tantrum.  In college, I rotated between bean and cheese quesadillas, egg sandwiches, and spinach mac and cheese (and probably some whiskey…).  When I did the vegan thing in Dallas, I subbed the cheese with spinach.  And today, after an almost 30 year bean quesadilla love affair, I’m still changing things up and totally crushing. 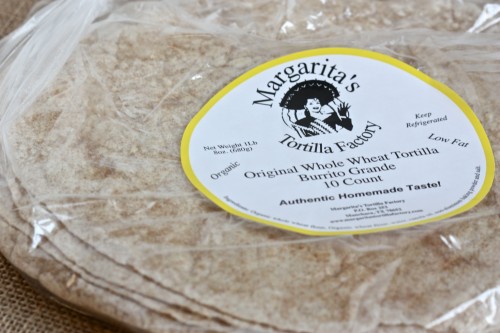 After giving up dairy for most of 2011, I now have a better understanding of which dishes don’t need cheese as much as others.  For instance, pizza will always taste better with real cheese.  Always.  But with bean quesadillas, on the other hand, there’s not much of a difference either way.  However, there’s something about super spicy salsa and cool sour cream that makes me weak in the knees, so I kept it. 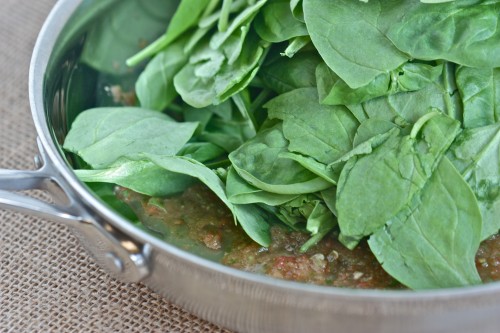 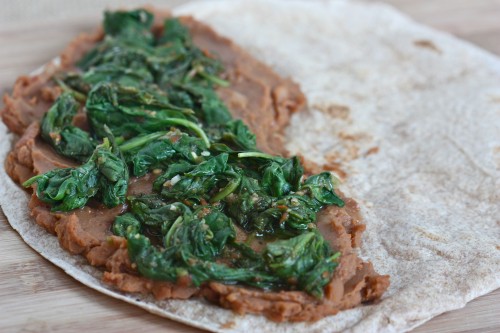 Preheat oven to 300 degrees.  Spread refried beans over half of of the tortilla.  Place directly on oven rack and bake for about 5 minutes or until beans are heated all the way through.  Meanwhile, heat salsa over medium heat.  Add spinach and stir until wilted.  Remove tortilla from oven and use a slotted spoon to place spinach over beans, leaving excess liquid in the pan.  Fold tortilla in half and use a pizza cutter to slice quesadilla.  Serve with sour cream and salsa and enjoy!