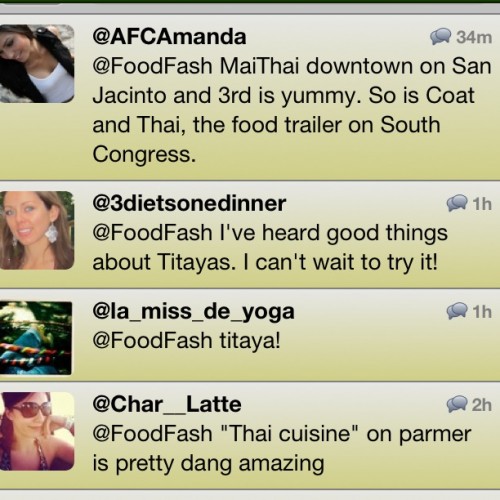 Can you believe I haven’t had Thai food since moving to Austin??  Five months of no Thai.  Five months of waiting to use Emily’s best, most cheese pun ever: the Thai breaker!  But you can’t have a Thai breaker without multiple Thais to break, so I turned to Twitter for help. 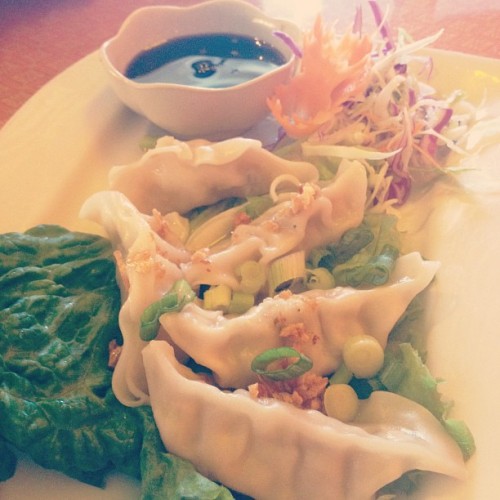 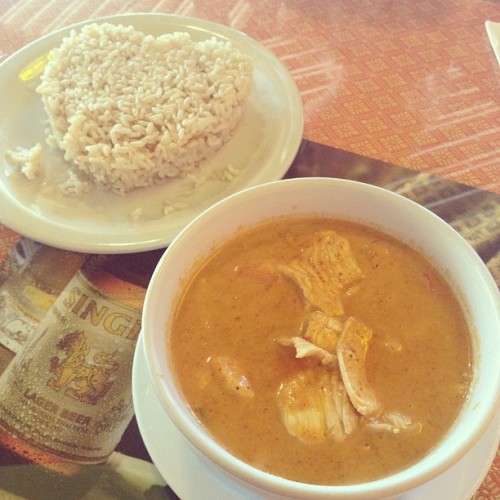 Feeling famished and defeated, we continued another nine miles north to Thai Cuisine.  Nine miles…  is a lot for two downtown dwellers.  But we did it.  And we ordered dumplings and waters the second our bottoms hit the seat. 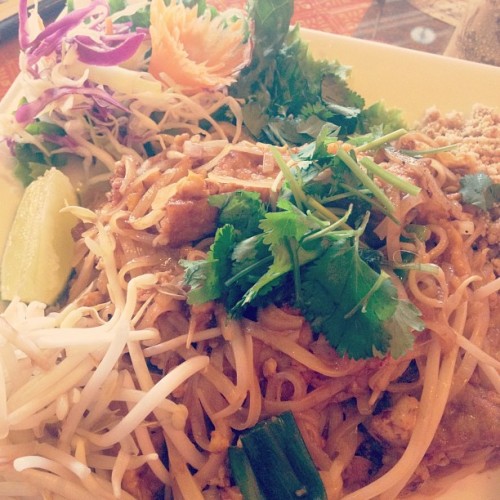 We inhaled the dumplings before placing the rest of our order.  Chicken panang for Kara, Tofu pad thai for me.  Both of our dishes definitely hit the spot, but I don’t see either of us driving 15 miles again for this dinner.  Hopefully our next Thai craving falls on a non-Monday so we can see what Titaya is all about!