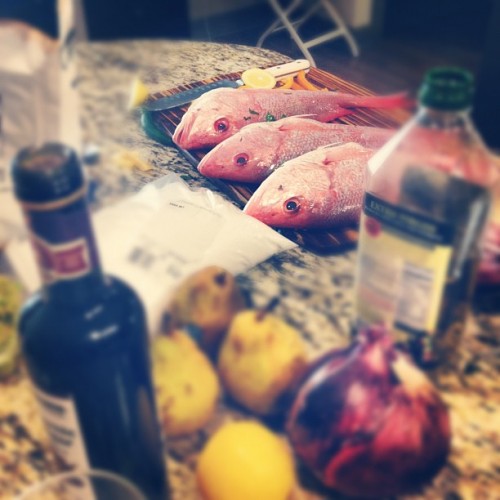 It seems like whenever Hansell and I get together, we combine our cooking powers like little Captain Planet-eers and invite as many people over for dinner as possible.  It’s a thing.  A really good thing. 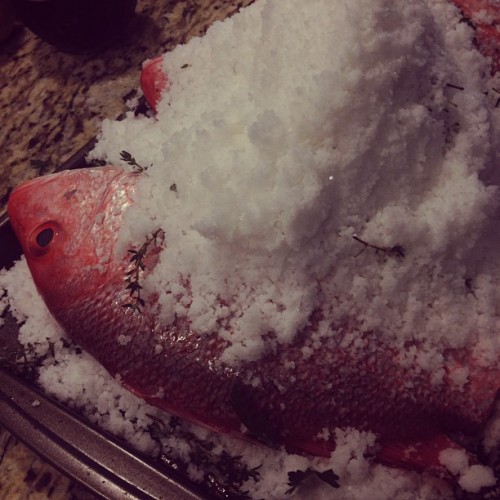 What made this thing even better was that we were able to pull 13 people together within a day, seven of who were from Florida.  I’m not certain why there are so many Floridians in Texas, but it makes me as happy as a Gulf coast clam. 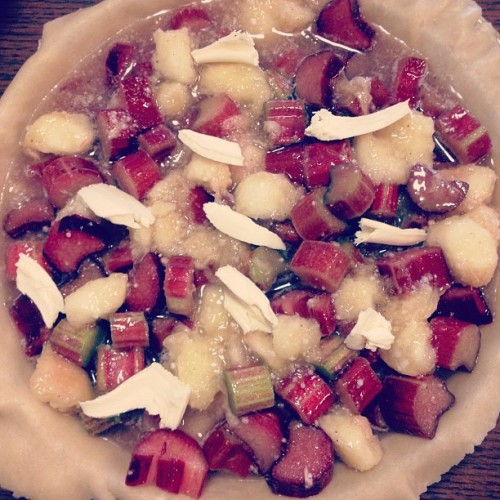 Hansell got all Top Chef-like and prepared salt crusted snapper and forbidden rice with roasted vegetables .  Naturally, he waited until everyone arrived to tell me that this was his first time attempting this technique.  And lucky for him, it turned out as wonderfully as he had planned.  Only a guy would take the risk of serving something he’d never made before to a group of people! 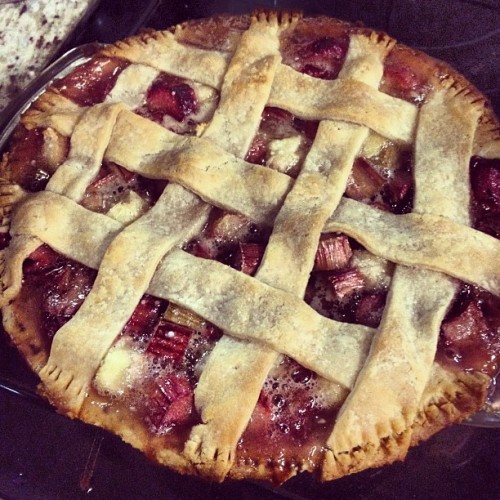 I, on the other hand, played it safe with pie.  White peach and rhubarb pie served with Blue Bell vanilla.  When I sampled some of the fruit goo, I knew this was going to be a personal best.  And when five of our guests went out of their way to tell me this was the best pie they had ever eaten, my thoughts were validated.  If only baking pies paid the bills…