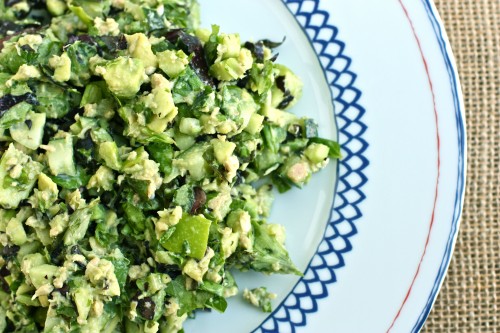 You know how most of the time you finish eating a salad, not because you’re full, but because you’re over it?  Then two hours later when you’re prematurely starving again, you’re like “man I wish I would have finished that salad”?  Number one reason why salad choppers are magical.  They allow you to turn a boat load of greens into a normal sized portion that’s super filling and far from boring. 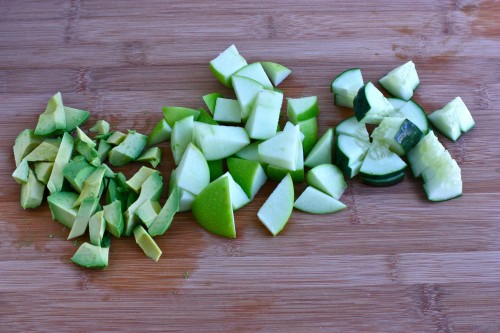 They also allow for a perfectly even distribution of ingredients and dressing.  A Type A personality’s salad dream! 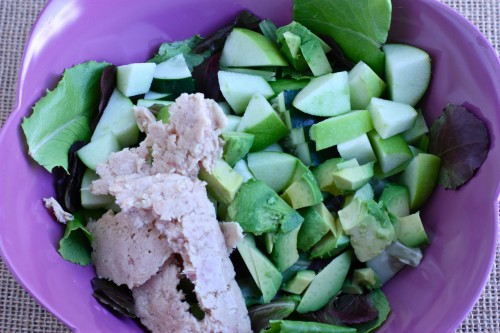 I’ll be making a lot of chopped concoctions over the next few weeks, so I hope you’re as eager about de-fluffing for summer as I am. 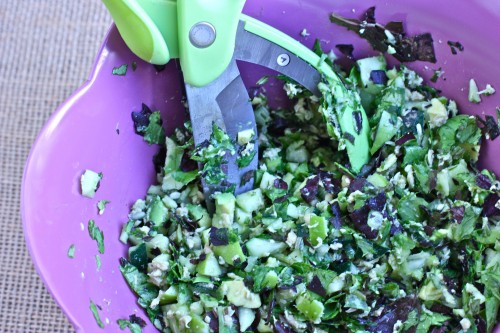