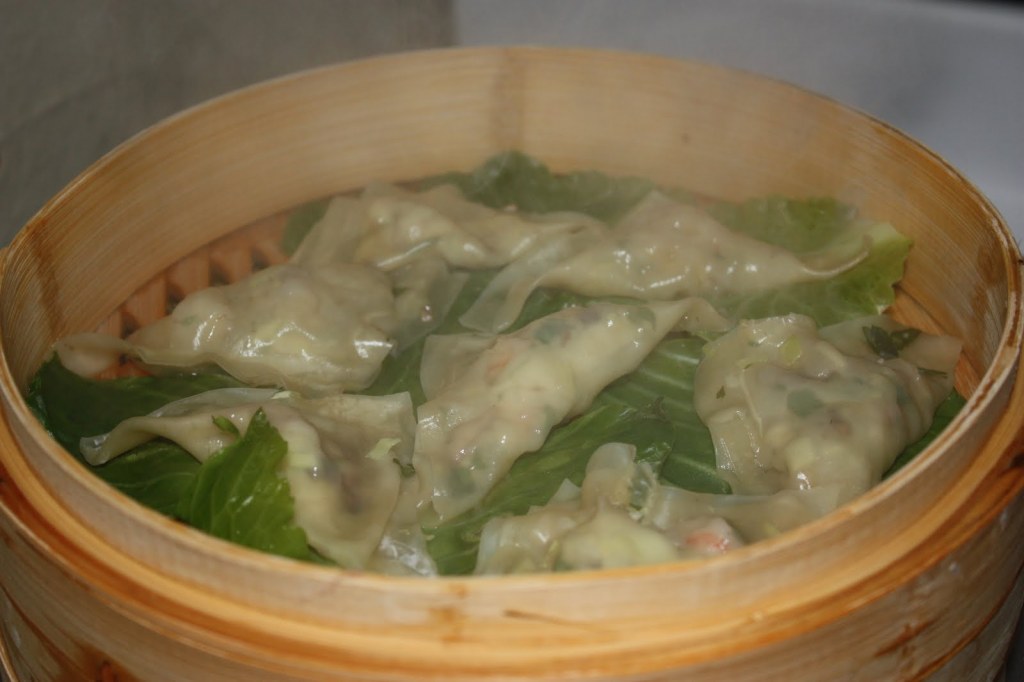 The first blog entry after a brief hiatus better be a good one.  And because of this, the pressure for a blog worthy dish has been rearing its ugly head for entirely too long.  Solution?  A gift from my favorite (and only) uncle.

At first glance, bamboo steamers seem like they could be deceivingly difficult.  Not the case.  Just set atop a wok with shallow boiling water and you’ve got yourself a deal.

And homemade dumplings?  The closest I’ve ever come is plopping a few frozen nuggets in a traditional pot of boiling water.  And even though I’ve always purchased a “natural” brand, their contents have always been a slight mystery.

The following shrimp wonton recipe is heavenly.  They’re fresh, and there’s nothing mystery about them.

Finely chop all of the ingredients up until the ginger.  Use a cheese grater to grate the ginger.  Mix the shrimp, veggies, and soy sauce in a bowl.  Plop a spoonful of the filling in the center of each wonton wrapper.  Wet the edges of the wonton wrappers, fold them, and firmly press the edges together.  Fill a wok with as much water as you can that won’t seep into the bamboo steamer and bring to a boil.  Place the wontons on cabbage leaves on each rack of the bamboo steamer (this will prevent them from sticking to the steamer).  Set the bamboo steamer in the wok and steam wontons for 6 minutes.  Serve with ponzu sauce for dipping.